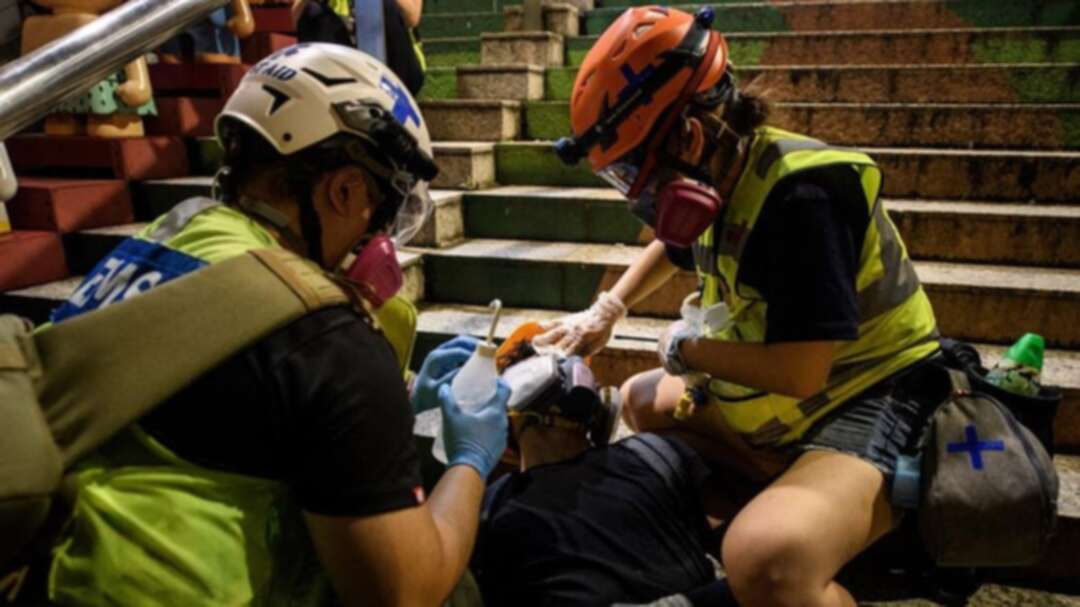 This picture taken on August 3, 2019 shows a man (C) lying on his back as he receives treatment from volunteer medics after he was affected by tear gas during a protest in the Tsim Sha Tsui area of Hong Kong's Kowloon district. (AFP)

Hong Kong medical workers plan to rally in the heart of the city’s financial center on Saturday, angry at perceived police brutality during more than four months of sometimes violent anti-government protests.

Pro-democracy activists have attacked police with petrol bombs, rocks and lasers shone in their eyes. One officer was slashed in the neck with a knife.

Police have responded with tear gas, water cannon, rubber bullets, and occasional live rounds, wounding several protesters, many of whom received treatment from volunteer medical workers at the roadside.

Protesters are angry about what they see as creeping Chinese interference in Hong Kong, which Britain returned to China in 1997 under a “one country, two systems” formula intended to guarantee freedoms that are not enjoyed on the mainland.

China denies meddling. It has accused foreign governments, including the United States and Britain, of inciting the unrest.