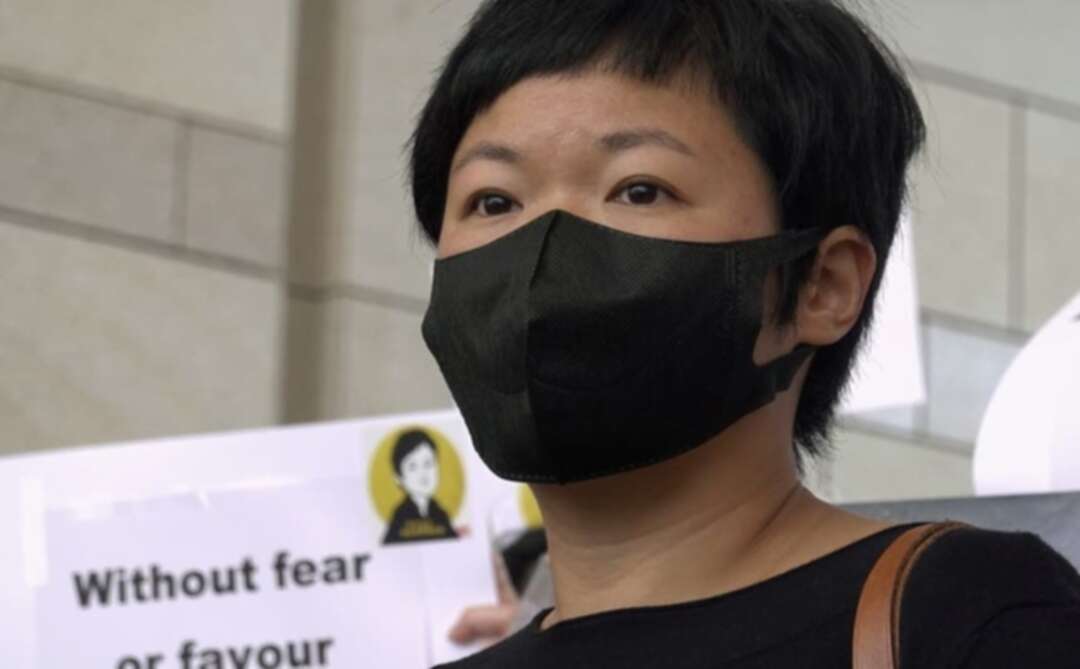 Bao Choy Yuk-Ling, a freelance journalist with RTHK, poses for pictures outside West Kowloon Magistrates' Courts as she arrives for charges of making a false statement to obtain data for a documentary on the police's handling of a mob attack, in Hong Kong, China April 22, 2021. (Reuters)

An award-winning Hong Kong journalist was found guilty on Thursday of improperly searching a public vehicle license database to help track down the perpetrators of an attack on democracy supporters by government loyalists. journalist

The conviction of Bao Choy, a producer with public broadcaster RTHK, comes at a time of deepening concerns over press freedoms in the international business hub as Beijing stamps out dissent in the wake of huge democracy protests.

Choy, 37, was found guilty by a magistrate on two counts of “knowingly making a false statement” to access number plate ownership records.

“Members of the public do not have an absolute right to obtain any document under this ordinance,” magistrate Ivy Chui said.

Colleagues and members of RTHK’s employee union gathered outside the court holding banners that read “Journalism is not a crime” and “Who wants the public kept in the dark?”

The database searches were made for an RTHK documentary last year called “Who Owns The Truth?” that investigated an attack on pro-democracy protesters by a gang of men armed with clubs and sticks. journalist

The police’s failure to respond quickly enough to the July 2019 assault was a turning point in the huge and often violent pro-democracy protests that year, further hammering public trust in the force.

RTHK used footage from witnesses and security cameras -- as well as number plate searches and interviews -- to piece together events.

It uncovered new details about the alleged attackers, some of whom have links to politically-influential rural committees that support Beijing.

It also said that police failed to respond to the build up of stick-wielding men ferried into the district by specific vehicles that evening hours before the attack.

Choy was arrested after the documentary aired in November.

But authorities announced a quietly-introduced rule change that meant journalists were no longer allowed to make searches.

During her searches, Choy ticked a reason box that said “traffic and transportation related matters”.

“The only reasonable and inference is that the accused applied for the (vehicle) certificate for the purposes of interviews, reporting and program production and these purposes have nothing to do with matters related to traffic and transport,” Chui ruled. journalist