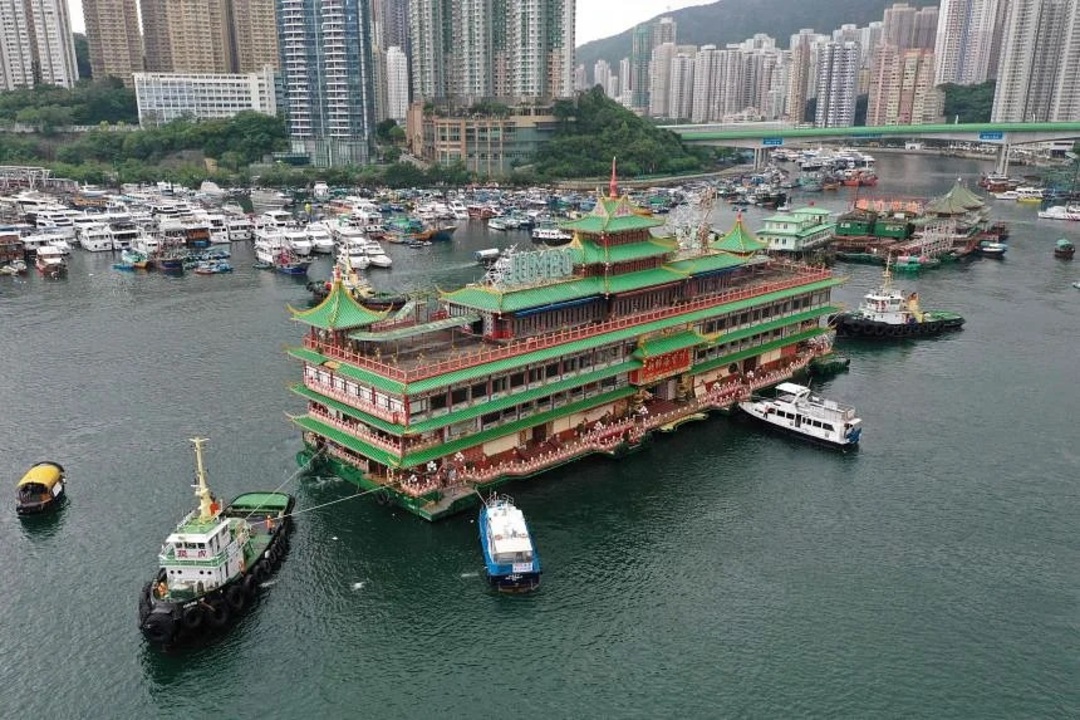 Jumbo floating restaurant, a once famed but financially struggling Hong Kong tourist attraction, sank in the South China Sea after being towed away from the city, its parent company said Monday (June 20).

Aberdeen Restaurant Enterprises announced in a statement that it capsized on Sunday near the Paracel Islands after it "encountered adverse conditions" and began to take on water.

It added: "The water depth at the scene is over 1,000 meters, making it extremely difficult to carry out salvage works."

The company said it was "very saddened by the incident" but that no crew members were injured.

It said marine engineers had been hired to inspect the floating restaurant and install hoardings on the vessel before the trip, and that "all relevant approvals" had been obtained.

It was the world's largest floating restaurant, the centerpiece of our marina view from the newsroom, and a #HongKong icon. #Jumbo, farewell. https://t.co/U6LzWiSJdd

The restaurant closed in March 2020, citing the Covid-19 pandemic as the final straw after almost a decade of financial woes, the Anews reported, citing the AFP.

Operator Melco International Development said last month the business had not been profitable since 2013 and cumulative losses had exceeded HK$100 million ($12.7 million).

Melco added that it was still costing millions in maintenance fees every year and around a dozen businesses and organizations had declined an invitation to take it over at no charge.

It announced last month that ahead of its license expiration in June, Jumbo would leave Hong Kong and await a new operator at an undisclosed location.

The restaurant set off shortly before noon last Tuesday from the southern Hong Kong Island typhoon shelter where it had sat for nearly half a century.

Opened in 1976 by the late casino tycoon Stanley Ho, in its glory days, it embodied the height of luxury, reportedly costing more than HK$30 million to build.

Designed like a Chinese imperial palace and once considered a must-see landmark, the restaurant drew visitors from Queen Elizabeth II to Tom Cruise.

It also featured in several films -- including Steven Soderbergh's "Contagion", about a deadly global pandemic.

Jumbo's departure from Hong Kong was met with regret and nostalgia from many Hong Kong residents.

Some online commentators described pictures of the floating palace sailing across a charcoal grey ocean towards the horizon as a metaphor for Hong Kong's future.

The city has seen harsh pandemic restrictions put its status as an international hub at risk, while a national security law imposed by Beijing has stifled dissent, remoulding Hong Kong in China's authoritarian image