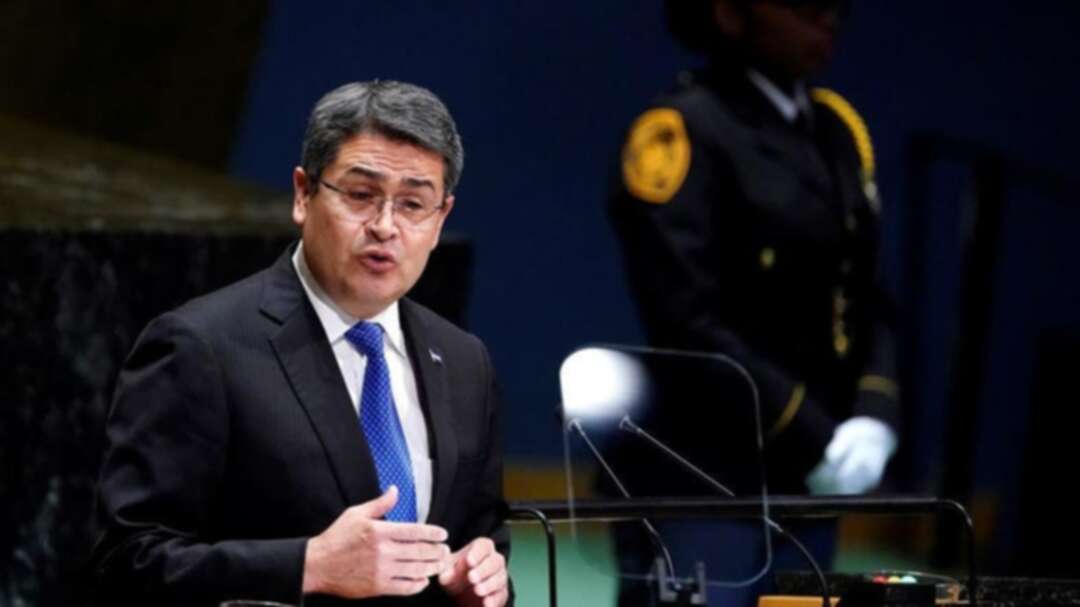 The president has denied taking money from Guzman or other drug traffickers. (File photo Reuters)

Amilcar Alexander Ardon, a former mayor and confessed killer and narco trafficker, testified before jurors in the US Southern District Court of New York in the second week of the trial of Juan Antonio “Tony” Hernandez, the president’s brother.

Tony Hernandez, a lawyer and former Honduran congressman, is accused of conspiring to import cocaine into the United States and possessing illegal weapons.

He has pleaded not guilty. His defense attorneys said on Tuesday that Ardon’s testimony was not backed by any physical evidence.

The president has denied taking money from Guzman or other drug traffickers.

Ardon testified that Tony Hernandez had promised El Chapo that his cocaine shipments through the Central American country would be protected if his brother won the presidency in 2013.

In response, Guzman offered to give $1 million to the 2013 campaign to elect Juan Orlando Hernandez, now the president, Ardon told jurors. In a later meeting, Ardon said, El Chapo handed the money to Tony Hernandez.

Guzman was extradited to the US in 2017 and is serving a sentence of life in prison. One of his lawyers, Jeffrey Lichtman, has denied that his client paid Juan Orlando Hernandez.

Ardon, who was once mayor of the town of El Paraiso, had first testified about the payment on Monday, but on Tuesday offered more detail about the discussions between Guzman and Tony Hernandez leading up to it.

Ardon turned himself in to US authorities in March and is cooperating with prosecutors. He admitted on Monday that he had been responsible for 56 murders.

Responding to the allegations, President Hernandez tweeted Tuesday, “CONFESSED KILLER of 56 people who lives with a profound hate and thirst for vengeance against me. The conspiracy is CLEAR among confessed criminals who have nothing to lose.”

In addition to protection for his drug shipments, Ardon said, Guzman wanted assurances that his partners in the country - drug trafficking brothers Luis and Arnulfo Valle, and Ardon - would not be extradited to the US.

Juan Orlando Hernandez won the presidency in 2013, and took office in January 2014. When the Valle brothers were arrested in 2014, Ardon said he personally conveyed Guzman’s displeasure to the president.

“I told Juan Orlando Hernandez that was the reason he had been paid the $1 million, to protect the Valles,” he said. The president countered that he had no obligation to anyone, and offered to give the money back, Ardon said.

US prosecutors have said Tony Hernandez, with the protection of his brother, moved tons of cocaine into the United States, some of it stamped with his initials, and took part in two drug-related murders.

The administration of US President Donald Trump has supported Juan Orlando Hernandez, a conservative, as a staunch ally in the fight against drug trafficking. In Honduras he has faced mounting popular opposition since he was sworn in for a second term in January 2018 despite allegations of electoral fraud.