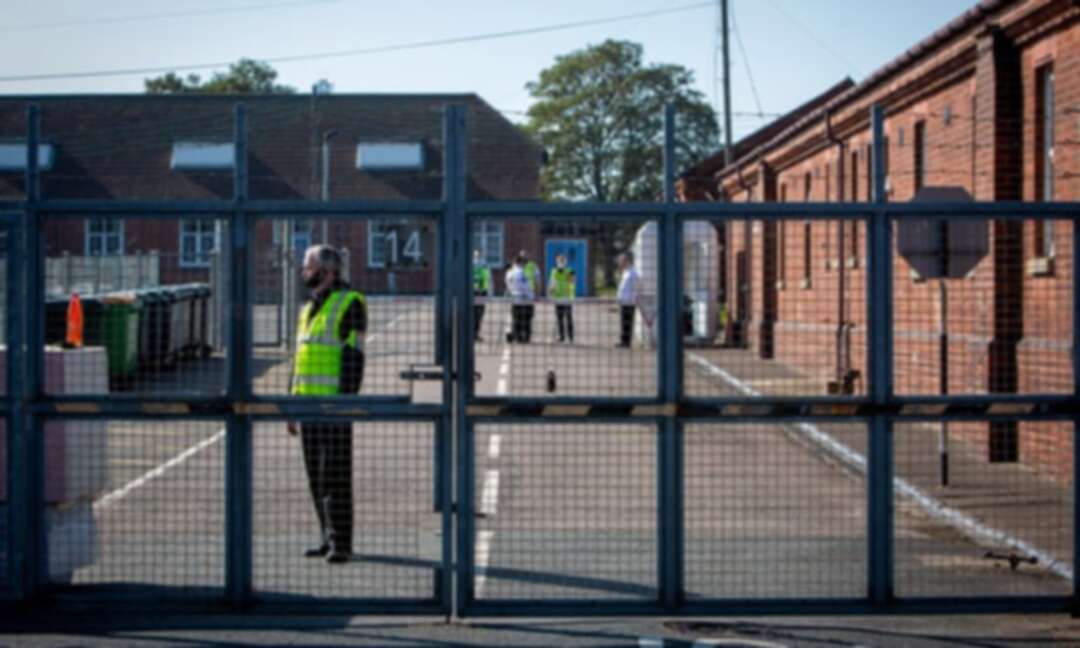 Napier barracks in Folkestone, which opened as asylum accommodation in September 2020.

An inquiry into the Home Office’s use of sites such as military barracks to accommodate asylum seekers is to be carried out, the Guardian has learned.

MPs and peers from the all-party parliamentary group (APPG) on immigration detention agreed terms for the inquiry at a private meeting on 17 March. The cross-party group is due to publish its initial findings before the summer recess and hopes that its findings can inform parliamentary discussions about the Home Office’s new plans for asylum seekers.

Members of the group have described the Home Office’s use of large-scale, institutional sites as “quasi-detention”, saying that although the likes of Napier barracks in Folkestone are not technically immigration detention the accommodation shares many features with it. These include isolation from the wider community and related difficulties accessing medical and legal support, visible security measures such as use of patrols and barbed wire, reduced levels of privacy and restriction of movement such as signing in and signing out and curfews.

The news comes as at least 10 new legal challenges have been launched by asylum seekers transferred to Napier over the last few days. It is thought that about 45 asylum seekers have been moved there since 9 April after the Home Office moved out the last of the previous group accommodated there this month. Up to 400 people have been housed at Napier since it opened as asylum accommodation in September 2020, half of whom contracted Covid following an outbreak there.

Many of the new residents at Napier are understood to have arrived in the UK on small boats in recent weeks. Some have been identified as victims of torture and potential victims of trafficking. The new legal actions focus on claims that the Home Office has failed to carry out vulnerability assessments and that some of those accommodated there should not be there due to their past experiences.

Clare Moseley, the founder of the charity Care4Calais, which provides support to many asylum seekers including past and present residents of Napier, said: “The accommodation at Napier isn’t fit for purpose and I’m delighted the APPG is investigating. It has been nothing short of shocking to see people moved back to the camp.

“We’ve spoken to multiple residents who have vulnerabilities that suggest they should not be in this oppressive environment, including victims of torture and trafficking and an age-disputed minor. It’s incredible that the Home Office has learned no lessons from what has gone before. Penally camp in Wales was closed and Napier should be closed too.”

A spokesperson for the charity Medical Justice, which provides the secretariat for the APPG, said: “Given the physical and psychological harm so many asylum seekers suffered by being placed at Napier barracks, it is unconscionable and frankly frightening that the Home Office is doing it all over again.

“Our independent clinicians have assessed asylum seekers who were at Napier barracks and found the deterioration they experienced there disturbingly similar to the deterioration usually associated with immigration detention. Asylum seekers who survived torture, trafficking and other serious trauma before reaching the UK reported experiencing suicidal thoughts for the first time at Napier barracks.”

On Wednesday, the high court will hear claims from lawyers representing asylum seekers previously accommodated at Napier that their treatment at the barracks by the Home Office was unlawful.

A Home Office spokesperson said: “While pressure on the asylum system remains we will continue to make use of Napier barracks. Asylum seekers are staying in safe, suitable, Covid-compliant conditions, where they receive three nutritious meals a day.

“Napier has previously housed army personnel – it is wrong to say they are not adequate for asylum seekers, and we have made a significant number of improvements to the site following feedback from residents and inspectors. Our new plan for immigration will reform the broken asylum system, allowing us to welcome people through safe and legal routes, while preventing abuse of the system and the criminality associated with it.”