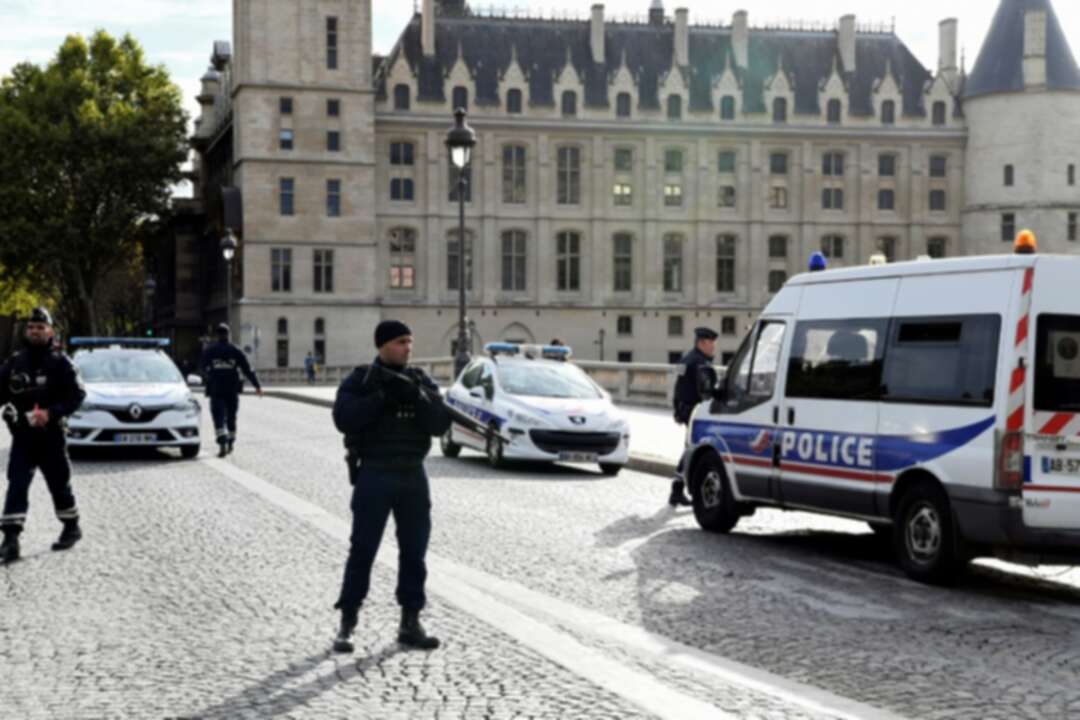 Investigators combed an IT staffer's computer Friday for clues to his motive for stabbing four colleagues to death at police headquarters in Paris, as his wife said he had been "agitated" before going on the rampage with a kitchen knife.

The 45-year-old computer expert killed three men and a woman -- three police officers and an administrative worker -- in a frenzied 30-minute attack that ended when he was shot dead.

Two others were injured in the Thursday lunchtime stabbing spree that sent shock waves through an embattled French police force already complaining of low morale.

Officials said there was no indication that the rampage was an act of terror but emphasised that no theory was being ruled out at this stage.

The man, named as Mickael H, was born on the French overseas territory of Martinique in the Caribbean and was a recent convert to Islam. He had worked for the police for over a decade-and-a-half without ever arousing suspicion.

The attacker's widow told investigators her husband, who had a severe hearing disability, displayed "unusual and agitated behaviour" the night before his crime, a source close to the investigation told AFP.

A search of the couple's house in a low-income Paris suburb near Charles de Gaulle airport yielded no evidence that the man, who became a Muslim about 18 months ago, had been motivated by radical religious ideology, the source added.

Computer equipment seized in the search was still being examined. AFP correspondents saw investigators -- faces concealed by balaclavas -- lead out from the house late Thursday a man and a woman who hid behind hoods.

The possibility of a terror motive "has clearly not been ruled out," government spokeswoman Sibeth Ndiaye told Franceinfo radio on Friday.

"But it is important to emphasise -- you are not a terrorist because you are Muslim and converting to Islam is not an automatic sign of radicalisation. The facts need to be looked at carefully" she said.

One motive investigative sources mooted was a personal conflict at work.

The man was employed as a computer scientist in the intelligence branch at police headquarters, a stone's throw from the Notre-Dame cathedral in the historic heart of Paris.

He had worked for the police since 2003 before committing the deadliest attack on police in France in years.

Shortly after the killings, Paris prosecutor Remy Heitz said anti-terror investigators were not involved in the murder probe.

"He was a very quiet person. I used to see him going to the mosque but he practised (his religion) in a normal way," a neighbour, who asked not to be named, told AFP.

The man used a kitchen knife to stab two policemen and a male administrative colleague in two offices on the first floor of the building, before attacking two women on the staircase on his way to the courtyard outside.

One was a police officer who died at the scene. The other, an administrative worker, was seriously injured.

The assailant wounded another policeman in the courtyard before he was shot in the head by a colleague, sources told AFP.

The lives of the two injured colleagues are not in danger, a source said Friday.

Tension has been growing in police ranks, stretched to the limit after months of weekly "yellow vest" anti-government demonstrations and years of high alert following a string of terror attacks in France.

"The police are a big family and the fact that police headquarters were hit like this is something that is pretty traumatic," a spokeswoman for the force, Laetitia Vallar, told BFM-TV.

Hundreds of police and headquarters staff held a minute of silence in the courtyard of the building Friday in memory of those who were killed.

The Paris police force "will be forever marked by this drama. We will not forget," said Paris' top policeman Didier Lallement.

The killings came a day after thousands of police officers marched in Paris for better working conditions, a rare protest against the backdrop of a spike in police suicides -- 52 so far this year.

The police have also been a recurring target of jihadist groups, such as Islamic State, behind a wave of attacks since 2015 -- from large synchronised assaults to isolated knife and gun attacks.