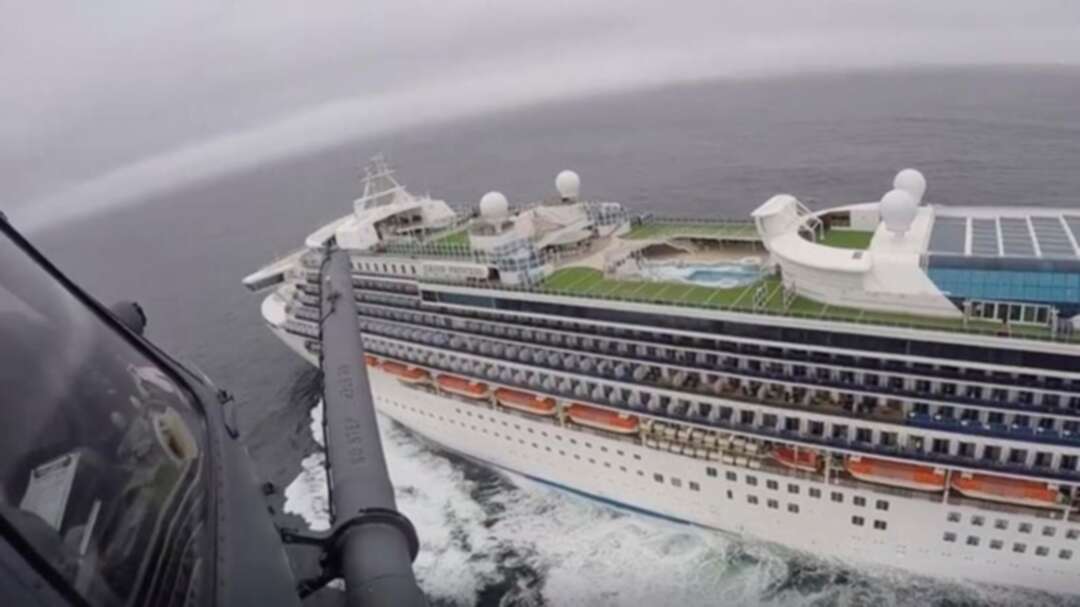 Airmen with the 129th Rescue Wing drop virus testing kits down to the Grand Princess cruise ship off the coast of California Thursday, March 5, 2020. (AP)

Scrambling to keep the coronavirus at bay, officials ordered a cruise ship with 3,500 people aboard to stay back from the California coast Thursday until passengers and crew can be tested after a traveler from its previous voyage died of the disease and at least four others became infected.

A military helicopter lowered test kits onto the 951-foot (290-meter), Grand Princess, by rope as the vessel lay at anchor off the coast of San Francisco, and authorities said the results would be available Friday. Princess Cruise Lines said fewer than 100 people aboard had been identified for testing.

“The ship will not come onshore until we appropriately assess the passengers,” Gov. Gavin Newsom said.

The precaution was prompted by the death of a Sacramento-area man who succumbed to the coronavirus after he had been on an earlier sailing of the ship, in February. Two other passengers from that voyage have been hospitalized with the virus in Northern California, and two Canadians who recently sailed aboard the ship tested positive after returning home, officials said.

Northern California officials also are awaiting test results from a man who died Thursday after being on a cruise where others have tested positive.

Meanwhile, the US death toll from the coronavirus climbed to 12 on Thursday, with all but one of the victims in Washington state, and the number of infections swelled to over 200, scattered across 18 states. Colorado and Nevada reported their first cases. Nine of the dead were from the same suburban Seattle nursing home, now under federal investigation.

Two of Iran’s Khamenei advisors, vice presidents infected with coronavirus Coronavirus now has two strains, and you can get both