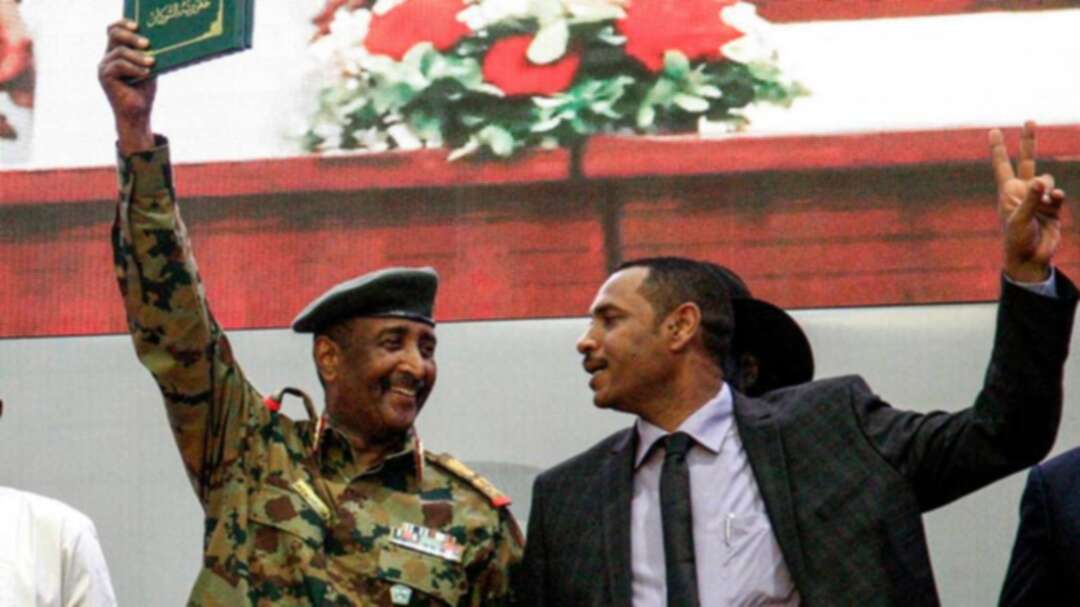 The remaining 10 members of the Sovereign Council will be sworn in later on Wednesday. (File photo AFP)

General Abdel Fattah al-Burhan, the outgoing head of Sudan’s military council, was sworn in as head of the newly-formed sovereign council in front of the head of the country’s judiciary.