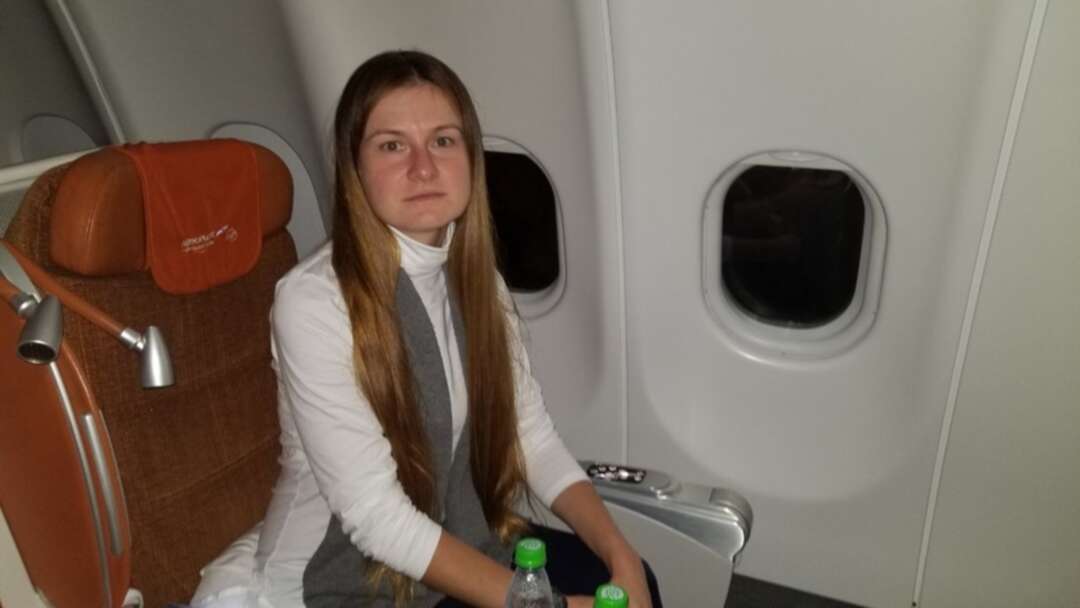 Russian gun activist Maria Butina, who has spent over a year behind bars in the US, is on a plane heading to Russia.Once on board, Butina took her seat in the economy class in the rear of the aircraft. Shortly after the plane took off, however, the Russian airline crew offered Maria – visibly exhausted by her transfer from Tallahassee to Miami, and then to the airport – a seat in the plane's business class.Butina’s case has become a glaring example of anti-Russian hysteria; she was quickly labeled as a “spy” by American media and wrongfully accused of trading sex for political favors.

Maria came to the US on a student visa in 2016 and was actively involved in pro-gun circles, namely the National Rifle Association (NRA). Her declared goal was to expand gun rights in Russia – where they are restrictive – but she was ultimately detained by the FBI in July 2018, then faced allegations of conspiring to infiltrate the gun lobby group to promote Russian interests in the US.

Following her arrest, she spent nine months in custody, mostly in solitary confinement – a treatment that was described as exceedingly harsh and even amounting to torture – before pleading guilty to acting as a foreign agent without registration. The gun activist was eventually sentenced to 18 months in prison.

Butina was transferred from a federal prison in Tallahassee, Florida, to a migrant center in Miami. From there she was brought to board her plane to Moscow, expected in the Russian capital on Saturday morning. The repatriation of Butina is being overseen by the US Immigration and Customs Enforcement’s (ICE) Enforcement and Removal Operations (ERO), which did not provide any details on the matter, citing its need to protect “operational security.”

Moscow denied any involvement with Butina and condemned her treatment in US prisons. President Vladimir Putin called her trial and sentence “a travesty of justice.”

“Because they’ve got her caught up in this, they’ve got to think of something she's supposedly done. And she hasn’t done anything that could be classed as spying. We’ve now got to a ridiculous situation when any Russian person who comments on Western politics is accused of being some sort of agent for their own security services,” Summers told RT.

Her father, Valery Butin, told RT that being in prison was hard for Maria, both physically and psychologically, and the first thing she needs to do is rest and recover, .

“Every single day of imprisonment for any person would have been a very severe psychological trauma,” he said.

“Masha is a strong person; she never lost her fortitude even though she was held in solitary confinement for months. Nevertheless there are problems, for sure.”

The time in prison was not only hard for Maria, but for her family as well. Despite receiving the good news, there is still “uneasiness” in their hearts, her father said.

“I didn’t know how we would get through this, but we did it. Our dream is to be together, this is our biggest dream – to meet Masha, hug her, to feel that she is here. To get the whole family back together,” her mother Irina said.

What Is Happening In Syria? Lebanese army removes some roadblocks in nationwide protests