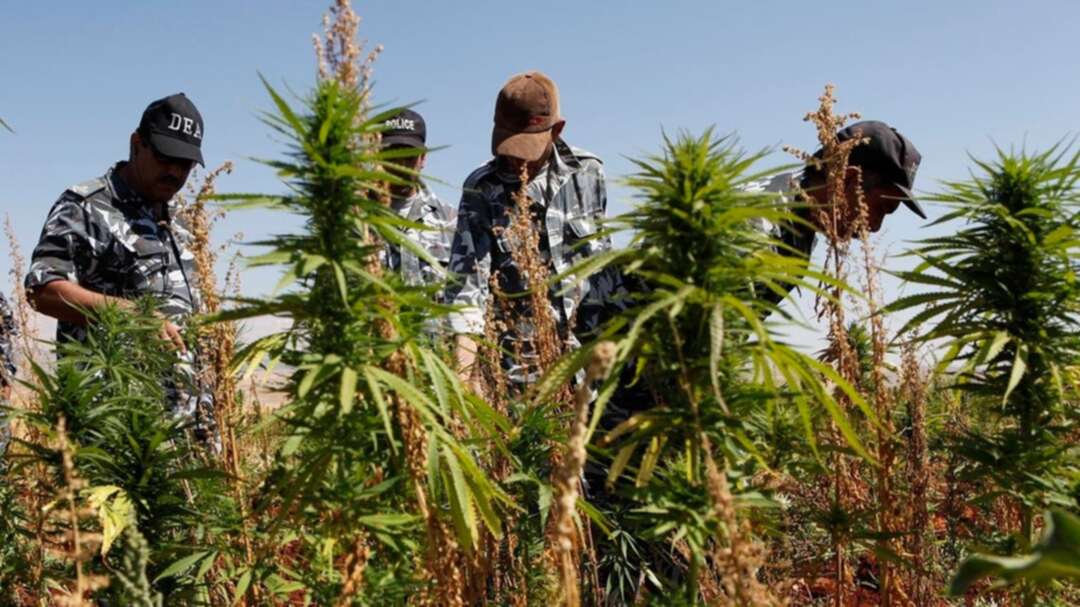 Lebanese policemen from the anti-drugs unit, remove thousands of square meters of cannabis plants, in the village of Bouday, at the eastern Bekaa Valley near the ancient city of Baalbek. (AP)

Greek authorities say they have seized more than four tons of cannabis hidden in a shipment of industrial cupcake-making machines heading from Lebanon to Slovakia.

Greece’s financial crimes squad said in a statement late Thursday that the drugs were found in a shipping container in the country’s main port of Piraeus, following information received from the US Drug Enforcement Administration.The container, whose registered contents were three industrial cupcake-making machines, arrived by sea in Piraeus on April 14 and had been scheduled to be transported by rail on April 20 to Bratislava, the capital of Slovakia, through North Macedonia, Serbia, and Hungary.

Following the information from the DEA, Greek authorities raided the container on April 16. A total of more than 4.3 tons of processed cannabis were found in a hidden compartment built into a metal tank that was among the machinery, the financial crimes squad said. The street value of the drugs is estimated at around 33 million euros.

Greek authorities said they received assistance in the case from the drug enforcement agency of Saudi Arabia. An investigation into the shipment is continuing.

US ex-cop Derek Chauvin to be sentenced June 16 for George Floyd murder US slams Houthi militia over Marib escalation, says ‘fighting must end’