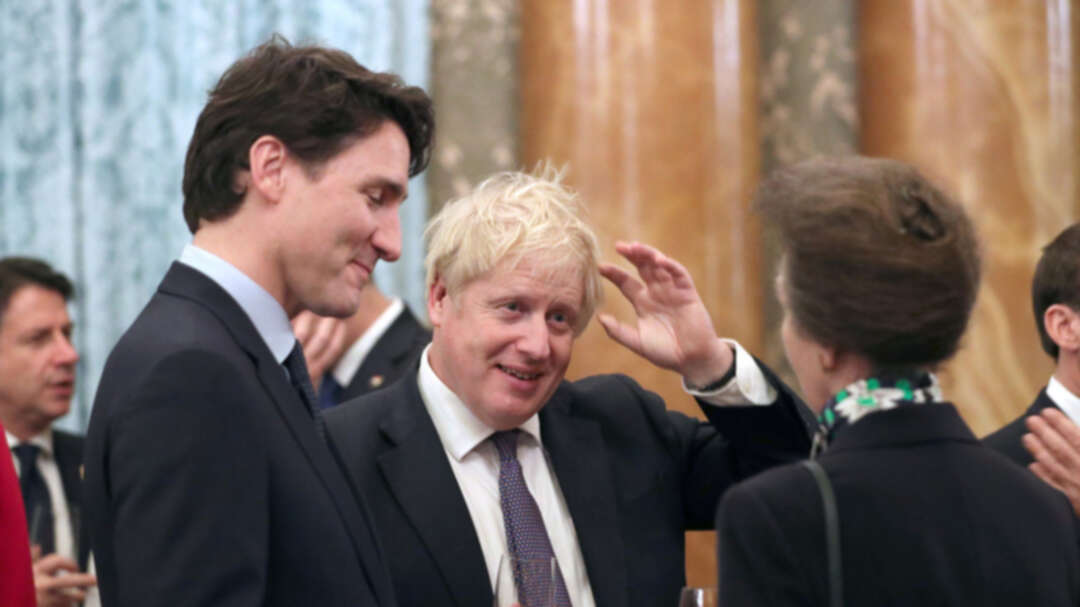 Canadian PM Justin Trudeau has been filmed bad-mouthing US President Donald Trump in a chat with UK PM Boris Johnson and French President Emmanuel Macron at the NATO reception. All three seemed to be sharing laughs.

The video, filmed at a Buckingham Palace reception for NATO leaders on Tuesday, has been making the rounds online. The clip shows Trudeau complaining about what is presumably Trump’s signature ways with the media and his uncanny ability to take his own staffers aback with off-the-cuff remarks.

“He was late because he takes a 40-minute press conference off the top,” Trudeau was caught saying on a hot mic, apparently responding to Johnson about a delay in his schedule.

A loosened-up Canadian PM, sipping from a beer glass during the exchange, could barely contain his emotions, gesticulating vividly as he went on to say: “You just watched his team’s jaws drop to the floor!”

While the name Trump did not even get a passing mention in the video, Trudeau was most likely referring to the joint press conference he held with the US leader earlier that day, which saw Trump lashing out at Democrats while taking on the unravelling impeachment saga at home.

Trudeau did not seem to be too impressed by Trump’s rant.

It’s unclear what Trudeau was referring to exactly when he was talking about the startled reaction of Trump’s staffers.

The two had a kind of back-and-forth during the press conference, with Trump confronting his Canadian counterpart about Ottawa’s defense spending.

Since his election, Trump has ramped up pressure on NATO member-states, demanding they increase their defense budgets to at least two percent of GDP.

When asked by Trump to provide a figure on what Canada spends on defense, Trudeau pushed back, noting that Ottawa “has been there for every NATO deployment,” but had to enlist the help of a staffer to come up with the exact number, which he then said was 1.4 percent of GDP.