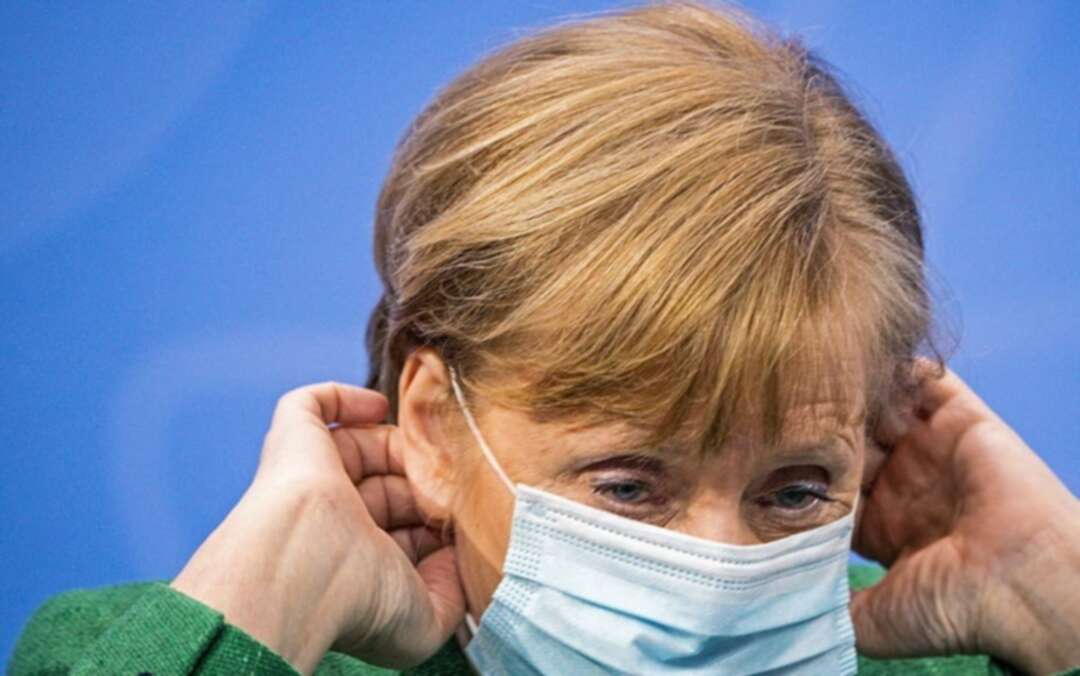 German Chancellor Angela Merkel holds her mask during a news conference after a meeting with state leaders to discuss options beyond the end of the pandemic lockdown, amid the outbreak of the coronavirus disease (COVID-19), in Berlin, Germany, March 23, 2021. (File photo: Reuetrs)

German Chancellor Angela Merkel urged parliament Friday to pass a bill that would mandate a nationwide “emergency brake” when the spread of the coronavirus becomes too rapid, saying that it was needed to prevent the country’s health care system from becoming overwhelmed.

“The situation is serious, very serious, and we need to take it seriously,” she told lawmakers.

“There is no way around it. We need to stop this third wave of the pandemic... and to achieve this we need to better combine the strengths of the federal, state and local governments than we have been.”

Passing the bill is an uphill battle for Merkel, with state governments reluctant to cede any authority over health care to the federal government.

It needs approval not only by the lower house of parliament, which Merkel addressed Friday, but by the state-run upper house as well.

The speech to parliament came as the country recorded 25,831 new cases of COVID-19 overnight and 247 additional deaths, according to the Robert Koch Institute disease control center.

The emergency brake being proposed would apply in regions with more than 100 new weekly cases per 100,000 inhabitants.

It would mandate the implementation of a uniform set of rules imposed by the federal government, entailing the closure of stores, cultural and sports facilities, limits on personal contacts and nighttime curfews. 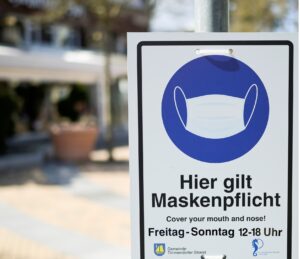 A sign reading Entering the area only with mask is seen amid the coronavirus disease (COVID-19) pandemic in downtown Timmendorfer Strand, Germany April 13, 2021. (File photo: Reuters)

It seeks to end the patchwork of measures that have characterized the pandemic response across Germany’s 16 states.

In Germany, lockdown measures are decided at a state level and many have expressed frustration and confusion in recent months as governors interpreted rules agreed with the federal government in different ways, despite having similar infection rates.

Under the legislation, states would be free to set more flexible rules in regions with fewer than 100 new cases each week per 100,000 inhabitants.

Currently, Germany nationwide is just above 160 cases each week per 100,000 residents.

Intensive care physicians are making one call after another for help. Who are we if we leave these calls unheard?” Merkel asked. “We cannot be permitted to leave the doctors and nurses alone.”

The lower house of parliament is expected to vote on the bill next week, with the upper house to follow.