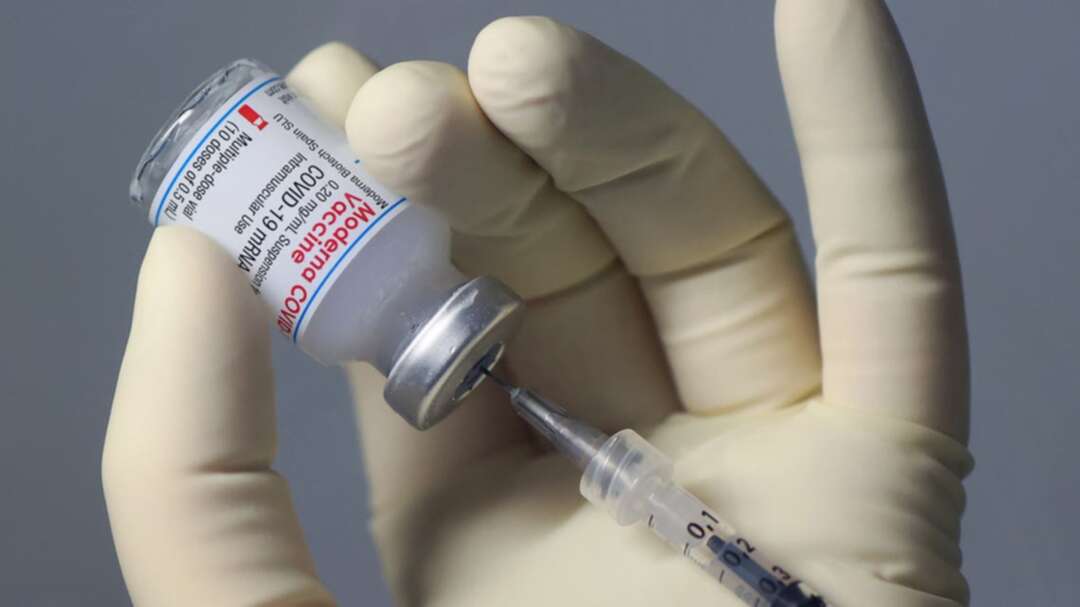 A pharmaceutical technician fills a syringe with the Moderna Covid-19 vaccine at the corona vaccination centre at the University hospital in Magdeburg, eastern Germany, on January 22, 2021. (File photo: AFP)

Far more people in Germany will get a coronavirus vaccination from April when family doctors start giving them but the idea that 25 percent of the population can get a shot in just a month is unrealistic, Health Minister Jens Spahn warned on Wednesday.

Germans are growing frustrated over a sluggish vaccination rollout. Only around 6.4 percent of the 83 million population have received at least a first dose against the coronavirus, far behind countries like Britain, Israel and the United States.

Spahn said the rate would increase from April, when family doctors will be able to administer doses at their surgeries.

“But the vaccination numbers will not immediately grow to 20 million a month or to 10 million a week,” he told ZDF television. “In April there will be significantly more vaccinations, but not on that scale,” he added.

The head of the KBV doctors' association said surgeries could administer about 5 million vaccinations a week and urged the government to let them get on with it.

“Just let us vaccinate, make the vaccine available to us through pharmacies and don't kill us with bureaucracy,” said Andreas Gassen.

Germany has started to ease some lockdown restrictions even though infections are rising again. By Wednesday, the number of coronavirus cases had risen to more than 2.5 million. More than 72,000 people have died.