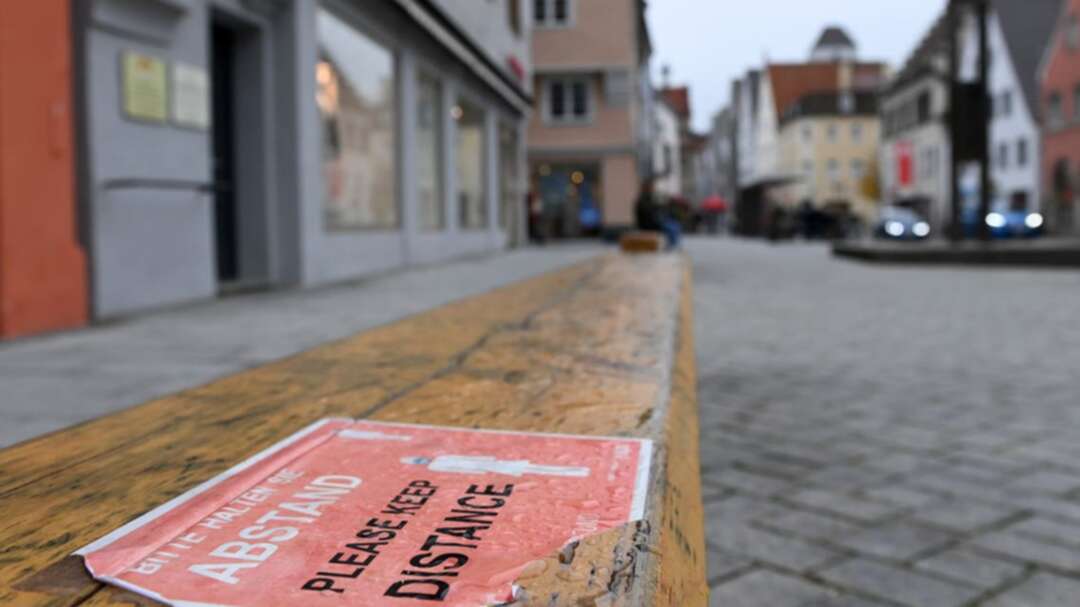 A distance sign is fixed at a bench in the city of Memmingen, southern Germany. (AFP)

Germany plans to extend its coronavirus lockdown until March 14, a draft agreement for talks between Chancellor Angela Merkel and leaders of the 16 federal states showed on Wednesday.

Some state premiers are keen to set out a timetable for an easing of the lockdown and Merkel has said primary schools, nurseries, hairdressers and shops would take priority in any easing.

Last week, German Chancellor Angela Merkel said that she wakes up at night thinking about the life-and-death decisions she faces in trying to get to grips with the coronavirus pandemic.

Merkel, a scientist known for her no-nonsense approach, has come under pressure in the last few weeks over a slow vaccination rollout in Germany and the European Union compared with countries such as Britain, the United States and Israel.German companies expect coronavirus restrictions to last until mid-September, with a normalization of their own businesses only seen at the end of 2021, a survey conducted by the Ifo economic institute showed.