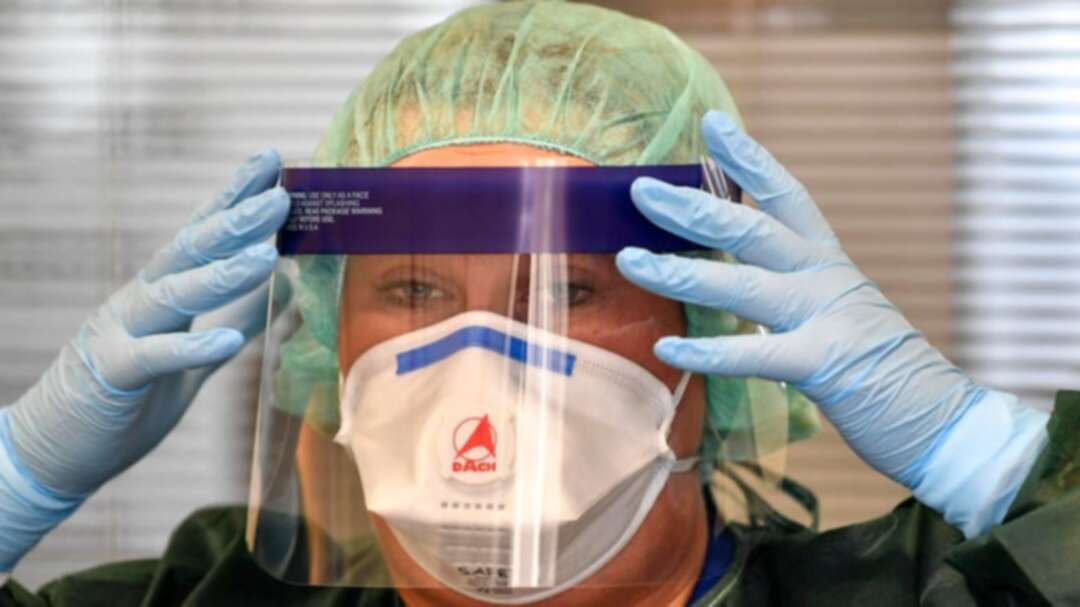 A nurse prepares her mask before she demonstrates a coronavirus test at the infection station of the university hospital in Essen, Germany. (AP)

Germany on Monday introduced border controls with Austria, Denmark, France, Luxembourg and Switzerland in a bid to stem the coronavirus outbreak. Germany

Only those with a valid reason for travel, like cross-border commuters and delivery drivers, are allowed through, officials said. The measures started at 0700 GMT, AFP reporters said.

At the border between Germany’s Kiefersfelden and Austria’s Kufstein, police let trucks through but stopped all passenger cars to question drivers, an AFP photographer saw. By 0730 GMT, some 10 cars had been turned back. Germany

German citizens and people with a residency permit will still be allowed to return to the country, Interior Minister Horst Seehofer said on Sunday when he announced the temporary border checks.

It is the latest drastic step taken by German authorities to halt the pandemic. levant

Coronavirus: Georgia bans all foreigners from entering country Algeria to suspend all flights to and from France over coronavirus