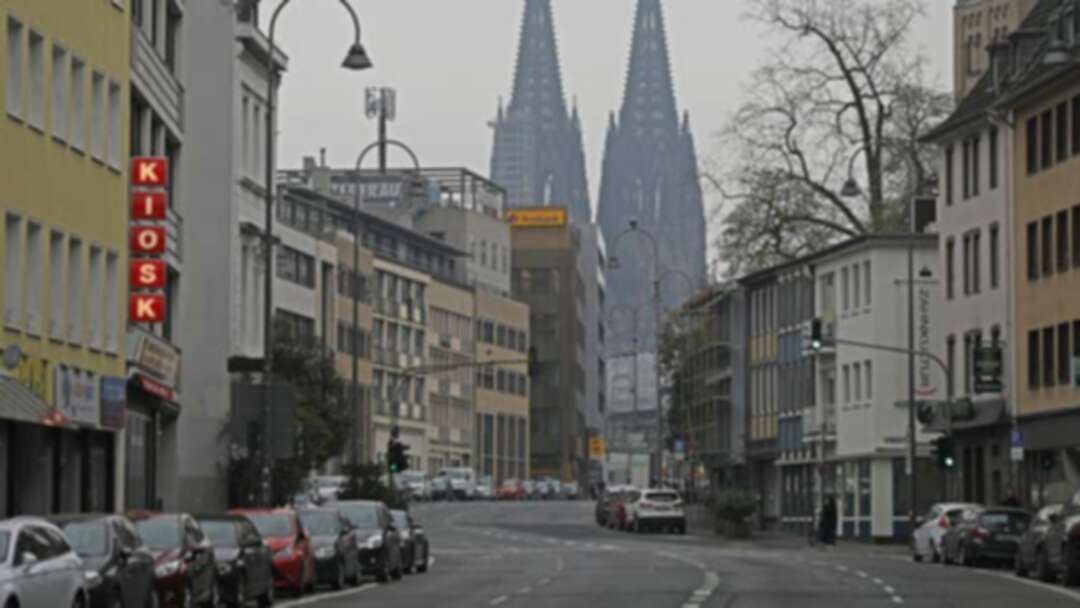 Deserted streets in front of the Cologne Cathedral in Cologne, Germany, due to the coronavirus. (File note AP)

The coronavirus outbreak has made a recession in Europe’s largest economy inevitable in the first half of this year, Germany’s council of economic advisers said on Monday, predicting that output could shrink by up to 5.4 percent this year. German recession

The panel that advises the government said its baseline scenario - in which the economic situation would normalize over the summer - was for the economy to contract by 2.8 percent this year before potentially growing by 3.7 percent next year.

Germany will not ease measures to prevent the spread of coronavirus before at least April 20, Chancellor Angela Merkel’s chief of staff told a German newspaper at the weekend.

The advisers said a more marked ‘V’ shaped recession curve with widespread halts to production or longer-lasting public health measures, could lead to the economy contracting by 5.4 percent this year before growing by 4.9 percent in 2021 thanks in part to a statistical overhang.

“The coronavirus outbreak has stopped the incipient recovery,” the advisors said in a report that they handed to the government on March 23 but only published on Monday. “The German economy will shrink significantly in 2020.”

Others have been more pessimistic, with the German Economic Institute (IW) last week saying the German economy could shrink by 10 percent this year due to coronavirus in a worst-case scenario in which the lockdown continues until the end of June.

Almost one in five German companies see itself at acute risk of insolvency due to the coronavirus crisis, a survey from the DIHK Chambers of Commerce showed on Friday, pointing to the heavy toll the coronavirus outbreak could take on Europe’s largest economy. levant