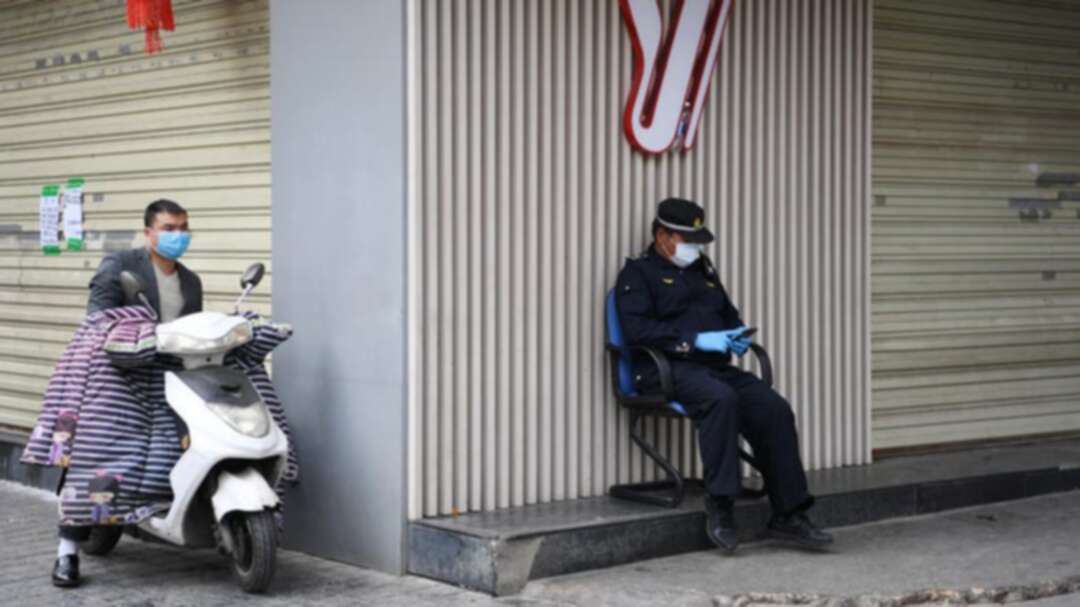 A security officer wearing a face mask checks his phone while sitting outside a closed shop in China. (Reuters)

The German government on Friday sent a military plane to the Chinese city of Wuhan to evacuate “over 100” of its citizens from the virus-hit region, Foreign Minister Heiko Maas said.

“We are relieved that we are at this point,” said Maas, adding that there were no confirmed or suspected infections with the novel coronavirus among the German evacuees.

The plane is expected to return to Germany on Saturday, where passengers will be held in quarantine for two weeks at a military base in Germersheim, near Stuttgart.

Maas said the evacuations would be voluntary, and all of those on board would be German citizens.

“We did have requests from other countries to evacuate their citizens too, but all the seats on the plane are taken,” he said.

The minister added that the outbound flight would also deliver 10,000 protective suits to China.

“We are using the flight to provide the Chinese authorities with materials they are lacking on the ground,” he said.

The Wuhan metropolis is at the heart of the SARS-like virus epidemic that has so far killed 213 people and led the World Health Organization (WHO) on Thursday to declare it an international public health emergency.

The city of 11 million has been subject to an unprecedented lockdown, preventing residents from leaving in a bid to stop the deadly virus from spreading further.

Numerous countries, including France, Britain, Japan, and South Korea, have already begun airlifting their citizens out of Wuhan.

Berlin had planned to start its evacuations earlier this week but was forced to delay until Chinese officials approved a landing permit for the flight.

Germany now has five confirmed cases of the virus, including the first of human-to-human transmission on European soil – a 33-year-old man who fell ill after attending a training session hosted by a visiting Chinese colleague.

All five patients are in isolation in a Munich hospital.