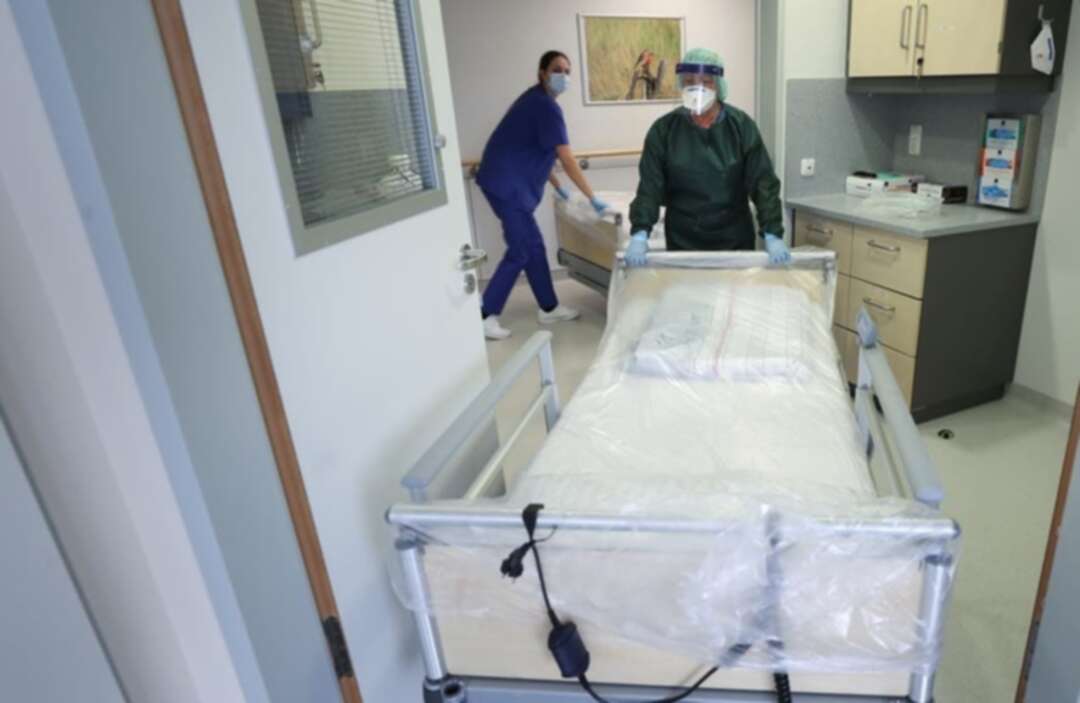 Canan Emcan, 31, chief nurse of the infection and virologist ward of the university clinic of Essen pushes a clean hospital bed into a special sick room to be used in case of coronavirus patients during a media event in Essen, Germany, March 5, 2020. (Reuters)

Intensive care doctors in Germany warned Monday that the country would need to make an “immediate return” to partial lockdown if it is to avoid stumbling into a dangerous third wave of the coronavirus pandemic.

“From the data we currently have and with the spread of the British mutation, we would argue strongly to return immediately into a lockdown to avoid a strong third wave,” Christian Karagiannidis, director of Germany’s intensive care register, told broadcaster RBB.

“We won’t gain much from staying open for the next one or two weeks, because that will quickly bring us to a high level and make it twice as hard to push the numbers down again,” said Karagiannidis, who works for the German Interdisciplinary Association for Intensive and Emergency Medicine (DIVI), which tracks intensive care capacities in German hospitals.

Germany has seen a rise in cases since it began a gradual easing of coronavirus measures in late February, allowing schools, hairdressers and other businesses to partially reopen.

Latest DIVI figures show that Germany currently has almost 2,800 people in intensive care, but Karagiannidis warned that the figure could rise to “5,000 or 6,000” if state governments do not respond to rising case numbers with stricter measures.

“It’s clear that the intensive care numbers will rise quickly if we give the virus an opportunity,” he said, urging the government to press on with vaccinating over-50s and over-60s.

Rising numbers, the spread of the British variant and a slow inoculation campaign have sparked growing fears of a resurgence of the coronavirus just as many Germans were hoping to come out of more than three months of partial shutdown.

“We must avoid the same situation we were in before Christmas, with many infections, many serious cases and many deaths,” said Wieler, head of the Robert Koch Institute (RKI) for public health.

On Monday, official figures showed that the seven-day incidence rate rose again to 83 cases per 100,000 people, way above the 50 cases mark set by the government as a threshold for any easing in restrictions.