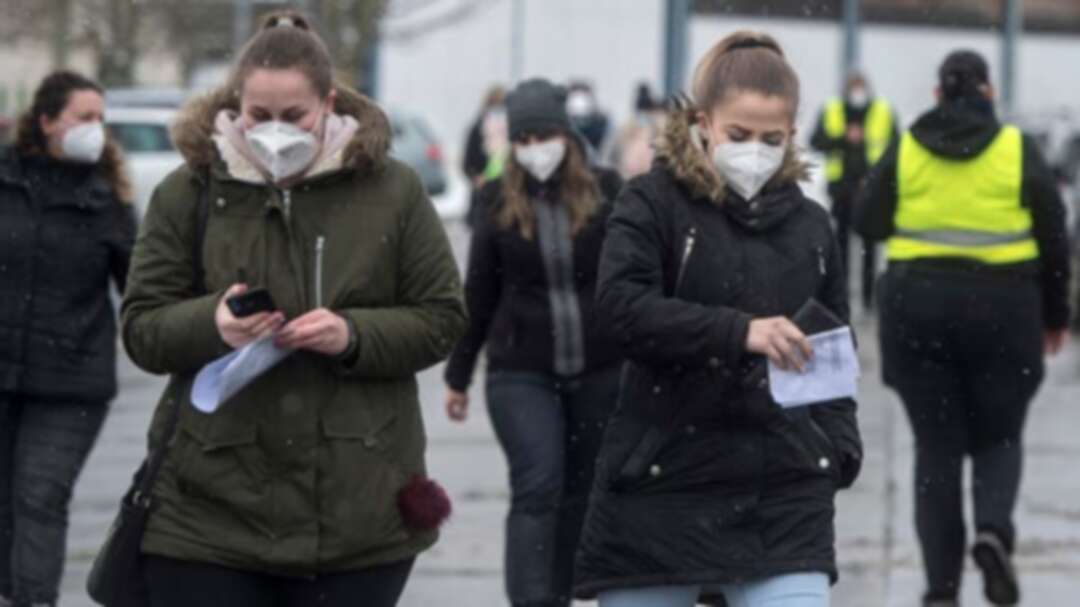 Cross-border workers go to a testing point to get a Covid-19 antigen test at the Czech-German border in Horni Folmava (Obervollmau) near Ceska Kubice, Czech Republic, on January 25, 2021. (AFP)

German companies expect coronavirus restrictions to last until mid-September, with a normalization of their own businesses only seen at the end of 2021, a survey conducted by the Ifo economic institute showed on Thursday.

Companies still expect more than seven months of restrictions on public life, with their businesses only getting back to normal in more than 10 months, Ifo said, noting the figures were only slighly lower than in December.

“The ramping up of vaccinations have not yet had a decisive effect,” Klaus Wohlrabe, head of Ifo surveys, said in a statement.