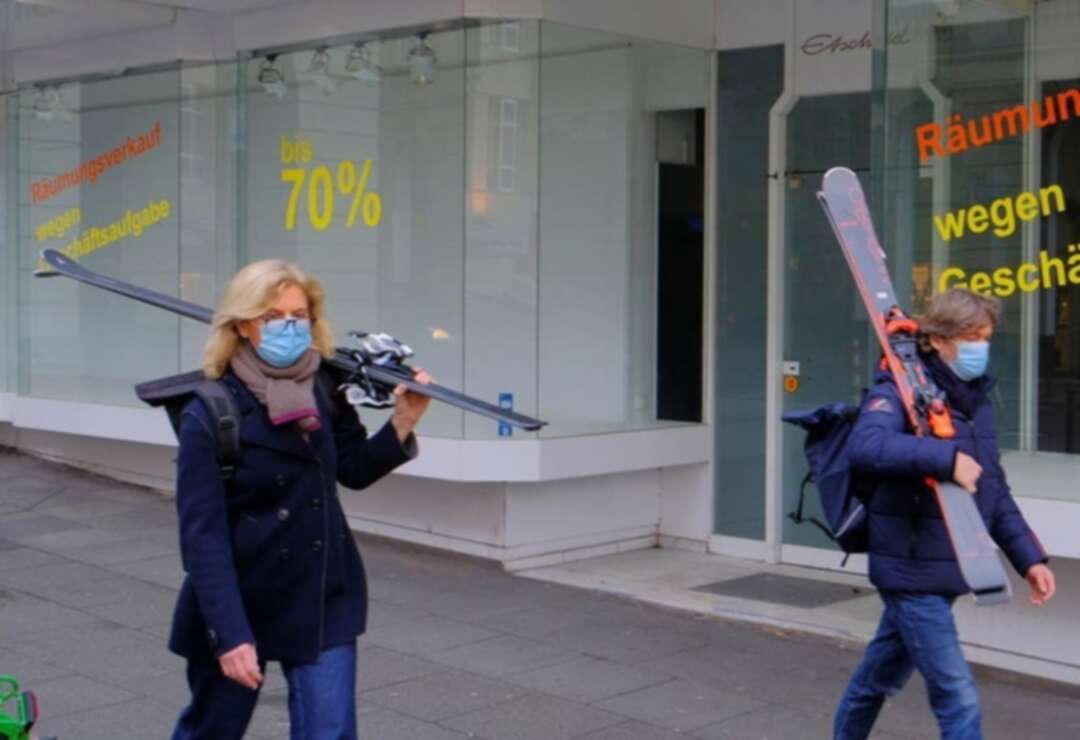 A couple walks past an abandoned store after buying new skis for the next season with a huge discount during winter sales, as the coronavirus disease (COVID-19) pandemic lockdown continues, in Bonn, Germany, March 16, 2021. (File photo: Reuters)

Germany’s decision to extend the coronavirus lockdown and close stores over Easter could drive more businesses to bankruptcy and be counterproductive by encouraging people to flock to the shops beforehand, lobby groups said on Tuesday.

The HDE association of retailers said 54 percent of fashion stores faced the danger of insolvency after 100 days of lockdown.

“After one year with coronavirus, the situation for many retailers is desperate. There is no longer any hope of surviving this crisis economically,” HDE president Stefan Genth said.

After talks that lasted into the early hours of Tuesday, Chancellor Angela Merkel said Germany would extend its lockdown until April 18 and called on citizens to stay home and reduce contacts as much as possible for five days from April 1.

Genth said the government was operating with “tunnel vision” by only focusing on the number of cases per 100,000 people, rather than other metrics and the fact retailers have taken many steps to limit the risk of infection while shopping.

“The risk of infection during shopping is low,” he said.

The HDE said the decision to close supermarkets on the Thursday before Easter would be counterproductive as it would mean the stores would be fuller on the Wednesday and Saturday.

The Association of the German Motor Trade (ZDK) also attacked the extension and tightening of the lockdown.

“Politicians must not shut down our country any longer,” ZDK president Juergen Karpinski told the newspapers of the Funke Mediengruppe, warning of a wave of bankruptcies.

“If car dealerships contribute practically nothing to infections, how is their closure supposed to help contain the virus?”