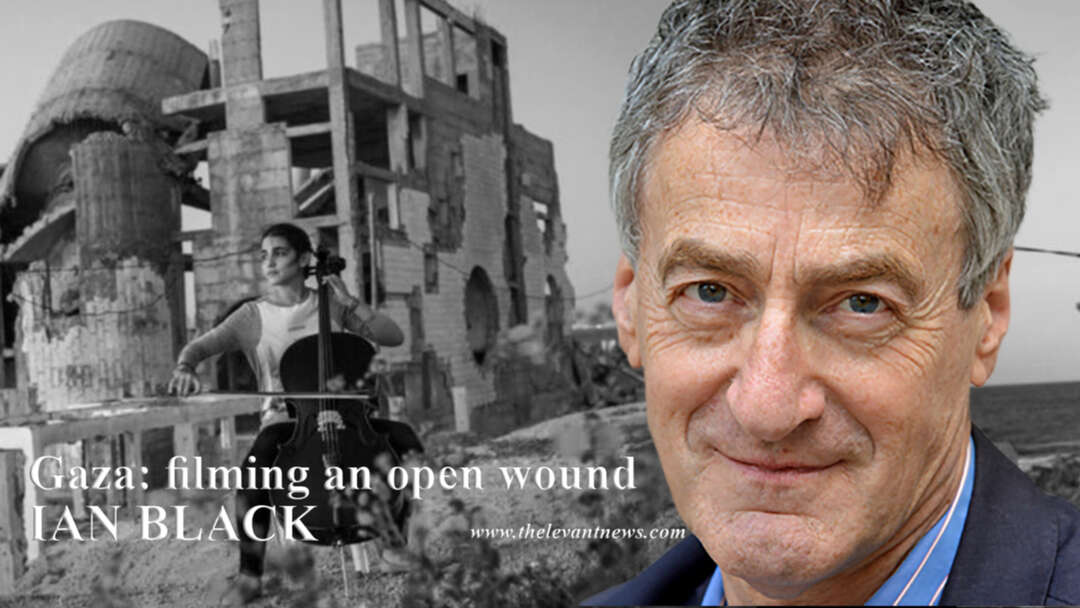 The Irish-Canadian production, directed by Garry Keane and Andrew McConnell, has rightly won plaudits for its poignant portrayal of ordinary lives that are stunted by Israel’s continuing blockade – itself a reflection of the hopelessness of the situation of Palestinians in general and the Gaza Strip in particular.

The Mediterranean, repeatedly photographed with a magnificent blood-red sun sinking into it, appears as a symbol of unattainable freedom to those who live in what is often described as the world’s largest open-air prison. Even fishermen operate within strict limits imposed by Israel.

Gaza’s history is bound up with key moments in the Arab-Israeli conflict: in 1948 it became home to tens of thousands of Palestinians who fled or were driven from their homes in the Nakba. The majority of the two million people who live there today are descendants of refugees.

Israel occupied the strip in the 1967 war and unilaterally withdrew its settlers and soldiers in 2005 – though it remains responsible for it under international law. Since Hamas won the Palestinian elections in 2006 there have been three wars. Hamas took over from Fatah the following year when Israel closed the borders and declared it an “enemy entity.”

Israel’s blockade is officially described as designed to stop the entry of materials - concrete, steel rods and industrial equipment that could be used to build bunkers or tunnels. But banned items have included lentils, pasta and other items on a constantly changing list.

The blockade has been aided, in different ways and at different times, by Egypt and the Palestinian Authority in Ramallah, which is still at odds with Hamas despite many attempts at reconciliation. For the last two years Qatar has been transferring millions of dollars to Gaza every month, with the support of Israel and the United Nations, to prevent things from collapsing completely.

The film provides a bleak insight into the human cost of all this. The majority of Palestinians now live in poverty. Unemployment is 50%, electricity is available for just four hours a day and the water is largely undrinkable. The UN has predicted that the Gaza Strip will be uninhabitable by 2020 – now just weeks away! Most residents are unable to leave.

In addition, since March 2018, weekly “Marches of Return” have been held on the border. Initially launched by activists, these were quickly taken over by Hamas. Israeli army snipers have killed over 200 Palestinians who were mostly unarmed, though Israel describes them as terrorists seeking to enter its territory.

The UN and many governments have condemned the killings as disproportionate. Last week saw the first ever prosecution of an Israeli soldier for failing to follow orders. He was sentenced to one month in prison for killing a Palestinian teenager.

Collective punishments are routine. In late August, for example, Israel announced that it would cut by half the amount of fuel it permits to enter Gaza – used to generate electricity in the strip’s only power plant. The reduction was expected to harm the functioning of health and education systems, sewage disposal, water distribution and sanitation - all already on the verge of collapse.

Recently the World Health Organization published a report about access to medical treatment. In 2018, 39% of permit requests by Gazan patients were denied outright or delayed so much as to compel them to miss appointments for critically needed care. It also addressed the issue of companion permits for patients, which are increasingly difficult to secure, particularly for men aged 18-40. As a result, 1,821 children travelled for care outside the strip without their parents. Several babies died alone in an East Jerusalem hospital.

Hamas, of course, is not innocent: the Arabic acronym means the Islamic Resistance Movement. It fires rockets into Israel in breach of international law that bans targeting civilians. It also launches incendiary kites across the border, causing fires. Last week the Islamic Jihad movement, which is backed by Iran, fired 10 rockets across the border, leading to immediate retaliation by Israel.

Israel’s responses are intricately bound up with the country’s ongoing domestic political crisis – the failure to form a government after the second general election held this year.

Binyamin Netanyahu has been criticised for not acting decisively against Hamas – and doing so in order to perpetuate the debilitating division in Palestinian ranks, avoid Palestinian statehood and maintain the status quo. This fine new film provides a sad and touching glimpse of life for ordinary Gazans, who are astonishing in their resilience. It does not, however, offer any signs of hope about a way out of their predicament.