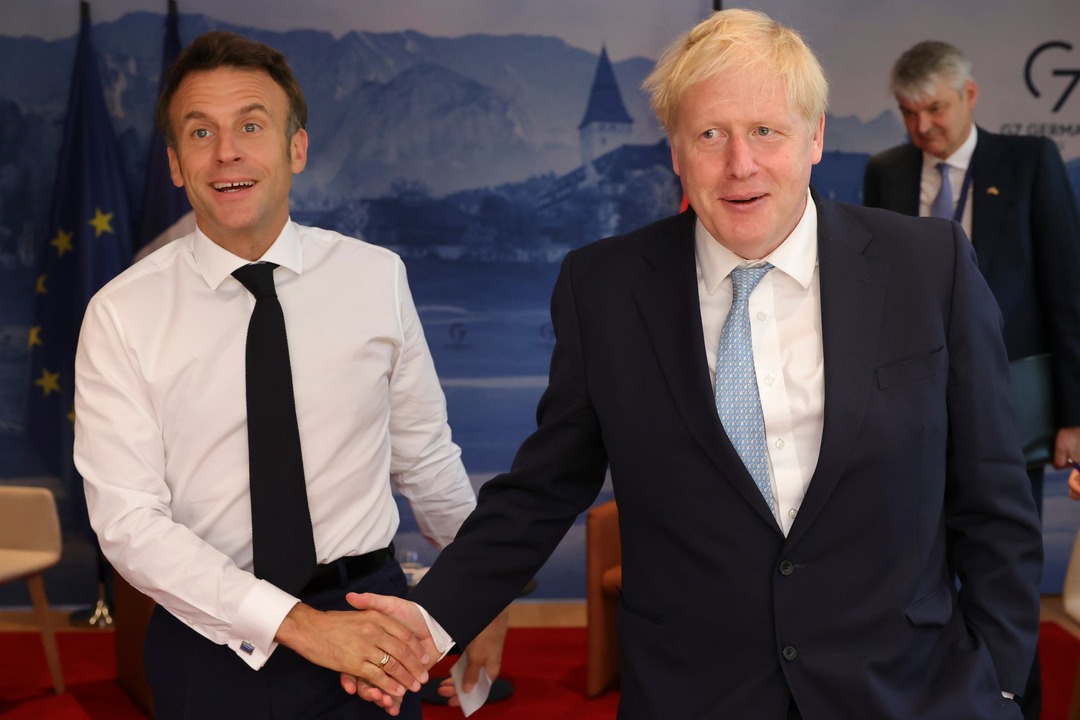 President Emmanuel Macron and I agreed to step up our military support for Ukraine at this critical moment, and to enhance Anglo-French cooperation on defence and security - PM Boris Johnson official Facebook account

This comes as the leaders met on the sidelines of a Group of Seven summit being held at Schloss Elmau in the Bavarian Alps, Germany.

A Downing Street spokesperson said in a statement: “They agreed this is a critical moment for the course of the conflict, and there is an opportunity to turn the tide in the war.”

Both men “stressed the need to support Ukraine to strengthen their hand in both the war and any future negotiations. President Macron praised the Prime Minister’s ongoing military support to Ukraine and the leaders agreed to step up this work,” the spokesperson said.

In a Twitter post, Johnson said: "Now is not the time to give up on Ukraine, they need the support and resolve of the G7 more than ever."

The UK government also confirmed on Sunday that a ban will be imposed on Russian gold imports, saying new exports of Russian gold will no longer be allowed to enter the UK, Canada, US and Japan.