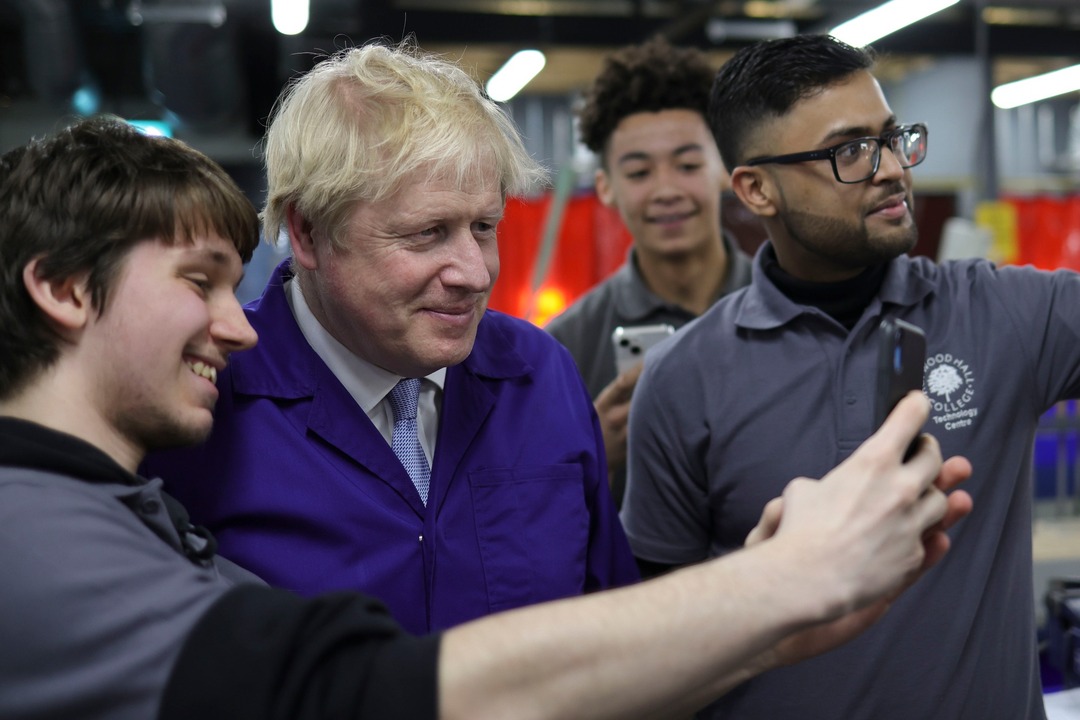 Levelling up means giving everyone, no matter where they live, the opportunity to flourish-UK PM Boris Jonhson official Facebook page

France24 reported, citing Reuters, new photographs of UK Prime Minister Boris Johnson drinking at a leaving party at his Downing Street residence have been published, reigniting opposition accusations that he breached his own COVID-19 lockdown rules.

The photographs, obtained by ITV News, were taken at a gathering in honour of Downing Street's outgoing director of communications Lee Cain in November 2020, an event previously investigated by police for potential breaches of the law.

ITV said that Monday's (May 22) photographs show Johnson making a speech and raising a toast, with half a glass in his hands.

At that time, large gatherings with people outside of your own household were banned after England had been put back into a national lockdown due to rising cases of COVID-19.

Reuters could not independently verify when or where the pictures were taken. Johnson's office has said police had access to all information during their investigation, including photos.

Johnson was not fined for taking part in the November 2020 event, though he was issued with a fixed penalty notice for a Downing Street gathering to mark his birthday in June that year, an event which he said lasted no more than 10 minutes. He has apologised for what he called a mistake but refused to resign over the issue.

The Metropolitan police referred to a statement announcing the end of its investigations last week when asked if it had been aware of the Cain leaving party pictures during its investigation.

The Cabinet Office, which has been handling a separate government investigation into the parties, declined to comment.

The government is expected this week to publish a long-awaited report by the senior civil servant Sue Gray into the events held at Johnson's Downing Street office during coronavirus lockdowns. Police have handed out 126 fines in connection with the parties.

The report, which is expected to include details of some events that were not investigated by the police, could spur more criticism of the British leader, who has been under months of pressure over several scandals and U-turns.

The new photos appear to undermine some of Johnson's previous statements. When asked in parliament in December about reports of a party at his residence the previous month, Johnson said that he was sure "the rules were followed at all times".

Angela Rayner, the opposition Labour Party's deputy leader, accused Johnson of lying. Rayner said: "Boris Johnson said repeatedly that he knew nothing about law-breaking – there’s no doubt now, he lied. Johnson made the rules, and then broke them."

Ex-British MI6 chief predicts: Putin will 'be gone by 2023' due to health issues More hardship as new sandstorm engulfs parts of Middle East