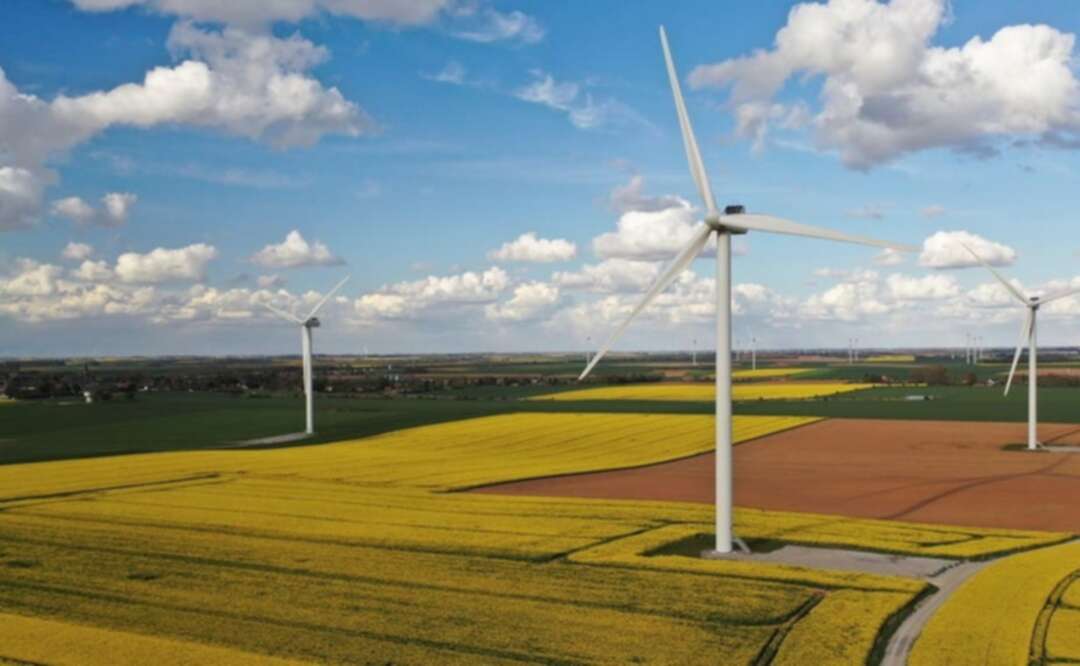 An aerial view shows power-generating windmill turbines in the middle of rapeseed fields, in Beauvois en Cambresis, France, May 5, 2021. Picture taken with a drone. (Reuters)

The French Senate voted to weaken a constitutional commitment to fighting climate change and preserving biodiversity, setting it on a collision course with the lower house that may jeopardize prospects for a referendum.

The Senate, dominated by opposition conservatives, took issue with a proposal in draft legislation that the constitution “guarantee” the fight against climate change, preferring wording that was less binding.

Right-wing lawmakers expressed concerns that a state guarantee might become an obstacle to innovation and French businesses.

In a vote late on Monday, the Senate amended the clause in a wide-reaching climate bill to read: “(The Republic) protects the environment as well as biodiversity and acts against climate change...”

President Emmanuel Macron pledged a plebiscite on enshrining the fight against global warming in the constitution in response to criticism from left-leaning voters and some lawmakers in his party that he had not done enough to protect the planet.

The clause’s original wording was proposed by a panel of 150 citizens established by Macron to draw up policy proposals for battling climate change.

However, a referendum requires that the lower and upper house be in agreement. Following the Senate’s vote, a joint commission comprising lawmakers from both chambers will now seek wording they can both accept.

Macron said on Sunday he remained committed to a popular vote.

“I hope the senators will change their minds and that we can allow the people to have their say on this proposal,” government spokesman Gabriel Attal told France Inter radio.