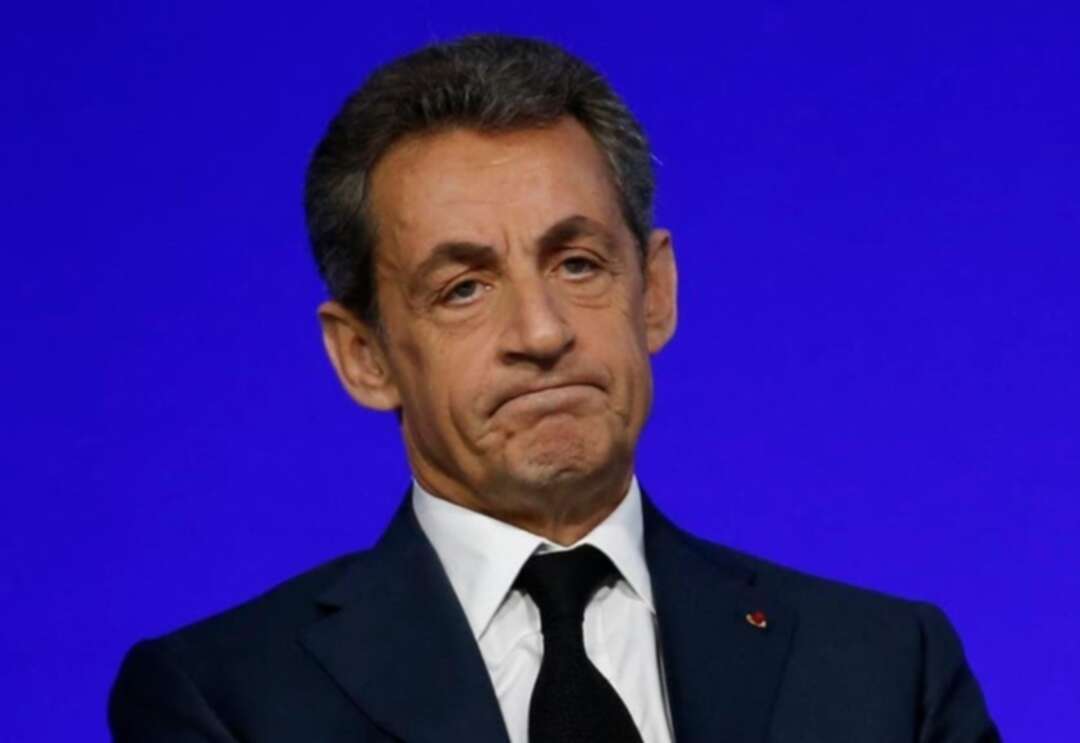 The verdict is expected on Monday in a landmark corruption and influence-peddling trial that has put French former President Nicolas Sarkozy at risk of a prison sentence if he is convicted.

Sarkozy, who was president from 2007 to 2012, firmly denied all the allegations against him during the 10-day trial that took place at the end of last year.

The 66-year-old politician is suspected of having tried to illegally obtain information from a senior magistrate in 2014 about a legal action in which he was involved.

This is the first time in France’s modern history that a former president has gone on trial for corruption. Sarkozy’s predecessor, Jacques Chirac, was found guilty in 2011 of misuse of public money and given a two-year suspended prison sentence for actions during his time as Paris mayor.

Prosecutors have requested two years of prison and a two-year suspended sentence for all three defendants over what they said was a “corruption pact.”

“No pact has ever existed,” Sarkozy told the court. “Neither in my head, nor in reality.”

“I want to be cleared of that infamy,” he added. 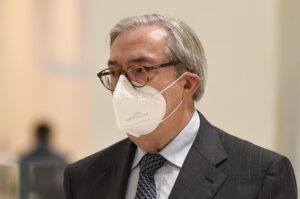 The trial focused on phone conversations that took place in February 2014.

At the time, investigative judges had launched an inquiry into the financing of the 2007 presidential campaign. During the investigation they incidentally discovered that Sarkozy and Herzog were communicating via secret mobile phones registered to the alias “Paul Bismuth.”

Conversations wiretapped on these phones led prosecutors to suspect Sarkozy and Herzog of promising Azibert a job in Monaco in exchange for leaking information about another legal case, known by the name of France’s richest woman, L’Oreal heiress Liliane Bettencourt.

In one of these phone calls with Herzog, Sarkozy said of Azibert : “I’ll make him move up ... I’ll help him.”

In another, Herzog reminded Sarkozy to “say a word” for Azibert during a trip to Monaco.

Legal proceedings against Sarkozy have been dropped in the Bettencourt case. Azibert never got the Monaco job.

Prosecutors have concluded, however, that the “clearly stated promise” constitutes in itself a corruption offense under French law, even if the promise wasn’t fulfilled.

Sarkozy vigorously denies any malicious intention. He told the court that his political life was all about “giving (people) a little help. That all it is, a little help.”

“I was 100 billion miles away from thinking we were doing something we did not have the right to do,” he said.

Sarkozy said he did not get confidential information from Azibert. 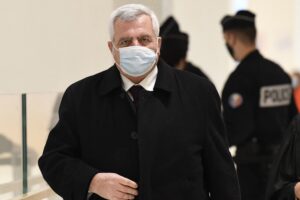 Prosecutors believe Sarkozy was at some point informed that the secret phones were being wiretapped and that it is the reason why he did not ultimately help Azibert get the job.

The confidentiality of communications between a lawyer and his client has been a major point of contention in the trial.

“You have in front of you a man of whom more that 3,700 private conversations have been wiretapped... What did I do to deserve that?” Sarkozy said.

Sarkozy’s defense lawyer, Jacqueline Laffont, argued the whole case was based on “small talk” between a lawyer and his client.

Sarkozy withdrew from active politics after failing to be chosen as his conservative party’s presidential candidate for France’s 2017 election, won by Emmanuel Macron.

He remains very popular amid right-wing voters, however, and plays a major role behind the scenes, including through maintaining a relationship with Macron, whom he is said to advise on certain topics. His memoirs published this summer, “The Time of Storms,” was a bestseller for weeks.

Sarkozy will face another trial later this month along with 13 other people on charges of illegal financing of his 2012 presidential campaign.

His conservative party is suspected of having spent 42.8 million euros ($50.7 million), almost twice the maximum authorized, to finance the campaign, which ended in victory for Socialist rival Francois Hollande.

In another investigation opened in 2013, Sarkozy is accused of having taken millions from then-Libyan dictator Moammar Gadhafi to illegally finance his 2007 campaign.

He was handed preliminary charges of passive corruption, illegal campaign financing, concealment of stolen assets from Libya and criminal association. He has denied wrongdoing.