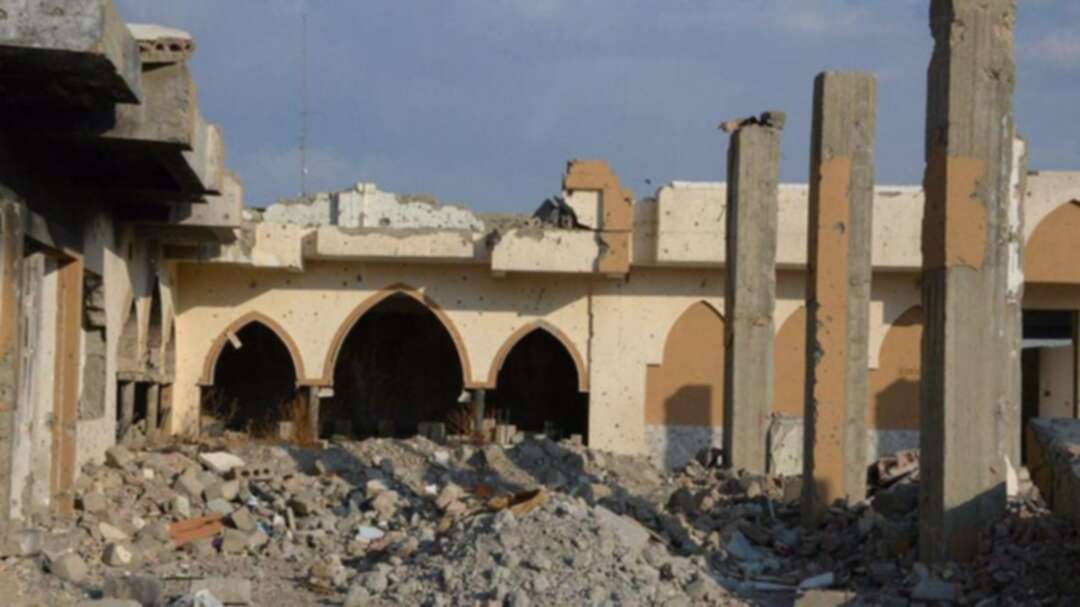 A picture taken on October 27, 2019 shows a destroyed building in the old city of Mosul, the former base of ISIS in northern Iraq. (AFP)

Five French extremists on death row in Iraq have appealed to the UN to pressure France into bringing them home, their lawyer said Thursday, adding they were suffering inhumane treatment.

Eleven French nationals were sentenced to death last year in Iraq and three others to life imprisonment after being convicted of membership of ISIS.

The prisoners were all captured in Syria and transferred to Iraq for trial.

None of the executions have been carried out so far, with France regularly reiterating its opposition to the death penalty.

Lawyer Nabil Boudi said that Brahim Nejara, Bilel Kabaoui, Leonard Lopez, Fodil Tahar Aouidate, and Mourad Delhomme, who were among the 11 on death row, had suffered “inhuman and degrading treatment in Iraqi prisons.”

The French government was “perfectly informed of the situation” but was “not acting to stop it”, he alleged, emphasizing that the state had a duty to offer consular protection to “all French citizens, without exception.”

Boudi has appealed to the United Nations Committee against Torture, which monitors the implementation by member states of the UN Convention against Torture, to “take provisional protective measures...to avoid the complainants suffering irreparable harm.”

He also asked the Geneva-based Committee to condemn the French state for refusing to bring the extremists home to face trial in France.

In a letter sent to their families in January, published by French daily Liberation and seen by AFP, two of the French convicts complained of “incessant threats, verbal and physical, from militia” working inside Baghdad’s Rusafa prison.

“Some of us have been tortured and humiliated. The pressure is so great that some among us have closed themselves off and start talking to themselves and are better off dead,” Brahim Nejara and Fodil Tahar Aouidate wrote.

A visiting French official had told them in December there was “nothing he could do,” they added.

The NGO Human Rights Watch in May reported the use by Iraqi interrogators of a range of torture techniques, including “falaka” or beating them on the soles of their feet, and waterboarding, which simulates drowning.

Last week, France’s national consultative commission on human rights, which advises the government, recommended that they are brought back home.

But with public opinion in France, where over 250 people have been killed in extremist attacks since 2015, firmly against allowing them to return home, President Emmanuel Macron’s government is loathed to take them back.

So far, the government has only taken back extremists’ children. To date, 17 children have been repatriated and placed with family members or in state care.