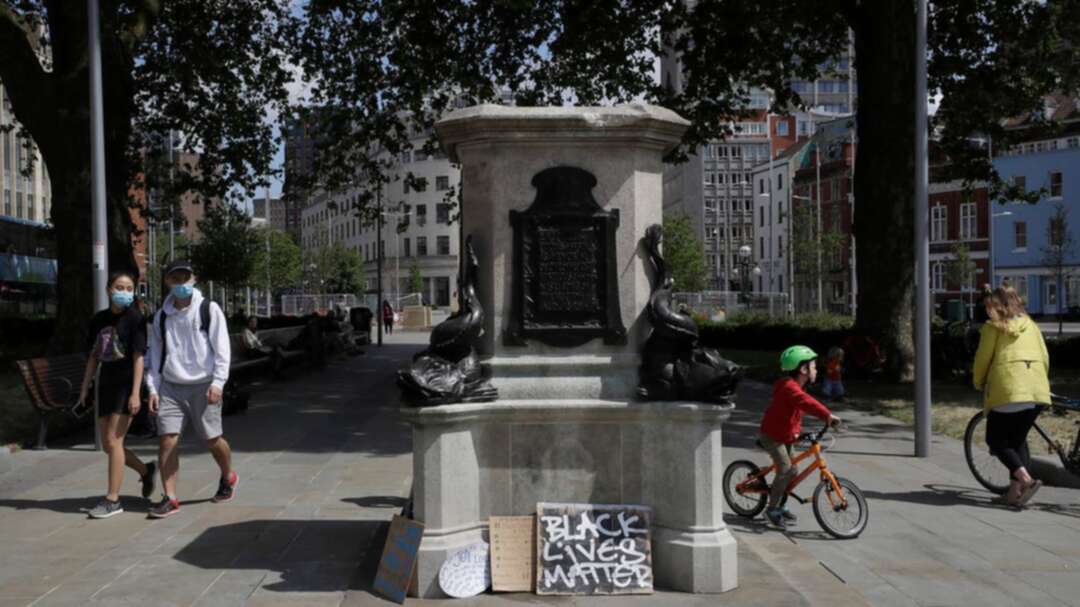 FILE - In this file photo dated Monday, June 8, 2020, people walk past the empty plinth after a statue of notorious slave trader Edward Colston was pulled down during a Black Lives Matter demo, in Bristol, England. (File photo: AFP)

Four people pleaded not guilty on Tuesday to a charge of criminal damage over their alleged role in the toppling of a statue of Edward Colston, who made a fortune in the slave trade in the 17th century, in the English city of Bristol last year.

The statue was pulled down and tossed into Bristol harbor during a demonstration on June 7 that was part of a global wave of Black Lives Matter protests.

The toppling of the statue triggered a national debate in Britain about how the nation should remember its role in the transatlantic slave trade.

Rhian Graham, Milo Ponsford, Jake Skuse and Sage Willoughby were charged with criminal damage in December and appeared at Bristol Crown Court on Tuesday. After hearing their pleas of not guilty, judge Peter Blair set December 13 as the start date for their trial, which is expected to last seven or eight days.