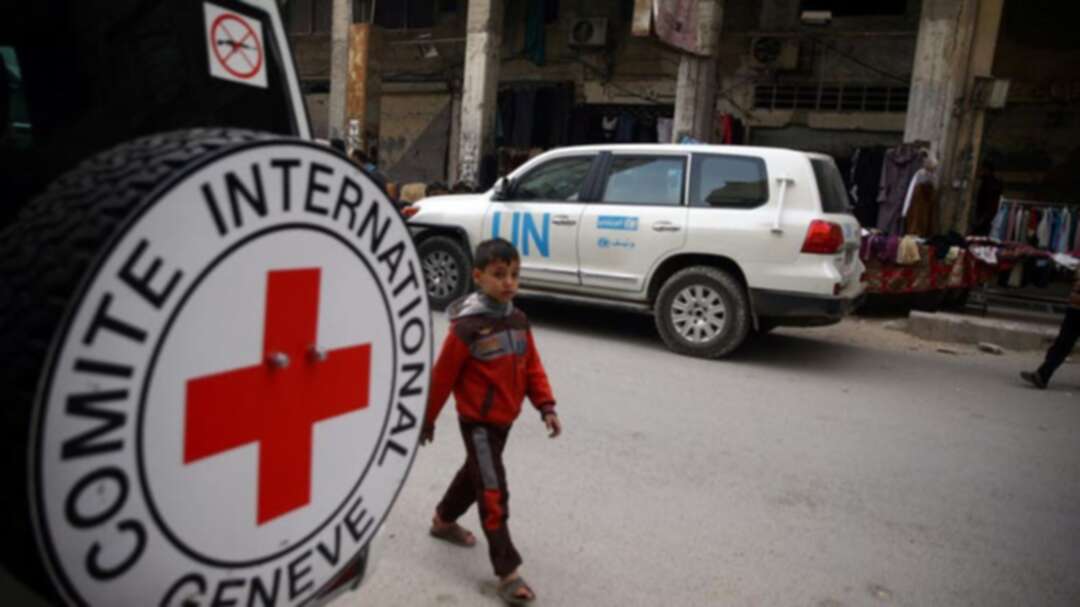 The Turkish incursion in northeastern Syria has forced all international humanitarian organizations to leave the area. (File photo Reuters)

The Turkish incursion in northeastern Syria has forced all international humanitarian organizations to leave the area, a statement from the local Kurdish administration said Tuesday.

“The humanitarian plight of the displaced in areas targeted by the aggression has worsened with all humanitarian aid being cut and all international organisations ceasing their activities,” the statement said.

More than 275,000 people have been displaced because of a Turkish offensive that began last week in northeast Syria, the region's Kurdish-led authority said on Tuesday.

That number includes more than 70,000 children, it added in a statement.

UNICEF renewed its calls on all parties to the conflict and those who have influence over them to protect children at all times, the organization tweeted on Monday.

Aid agency Mercy Corps. said it is suspending operations in northeast Syria and is evacuating its international staff.