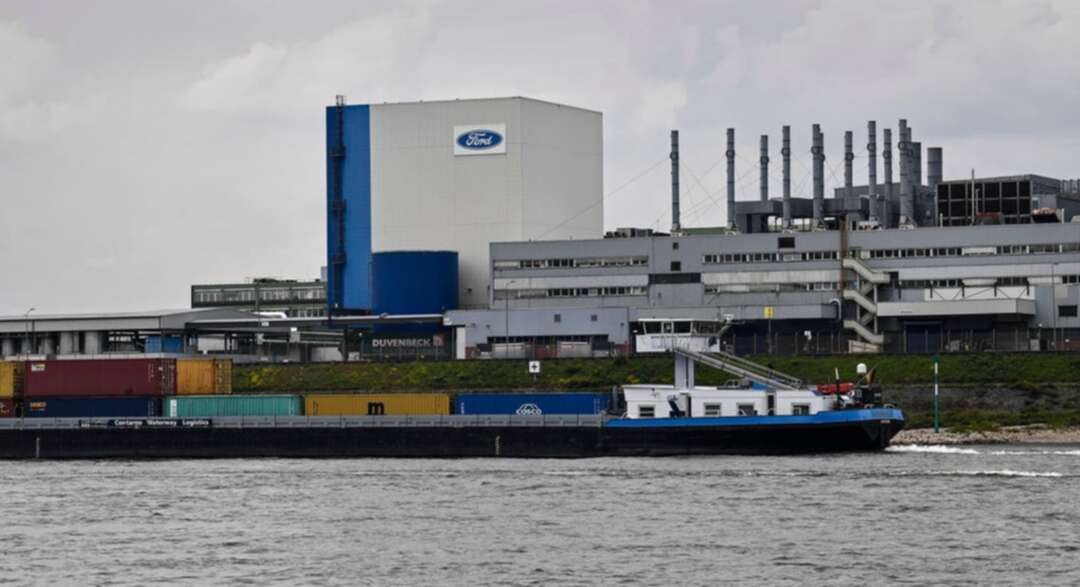 In this May 4, 2020 file photo, a container ship passes the Ford car plant in Cologne, Germany. (AP)

Ford says it will spend $1 billion to modernize its Cologne, Germany, manufacturing center, converting it into a European electric vehicle factory.

The factory will build an undisclosed electric passenger vehicle in 2023, and it may build a second one in the future, the company said Wednesday.

Ford pledged to offer fully electric or plug-in gas-electric versions of all passenger vehicles in Europe by 2024, with all European vehicles going to full electric by 2030. The company also predicted that two-thirds of its European commercial vehicle sales will be electric or plug-in hybrids by 2030.

In a statement, the company said commercial vehicles are the key to growth and profitability in Europe, with new products and services through its alliance with Volkswagen and Ford’s Otosan joint venture in Turkey.

The investment, to be made through 2025, is among the most significant Ford has made in more than a generation and “underlines our commitment to Europe and a modern future,” Ford of Europe President Stuart Rowley said in the statement.

Ford said the investment in the Cologne plant, which employs just over 4,000 workers, comes after its European operations returned to a profit in the fourth quarter of 2020.

The investment is part of Ford’s goal of spending at least $22 billion on electric vehicles from 2016-2025.