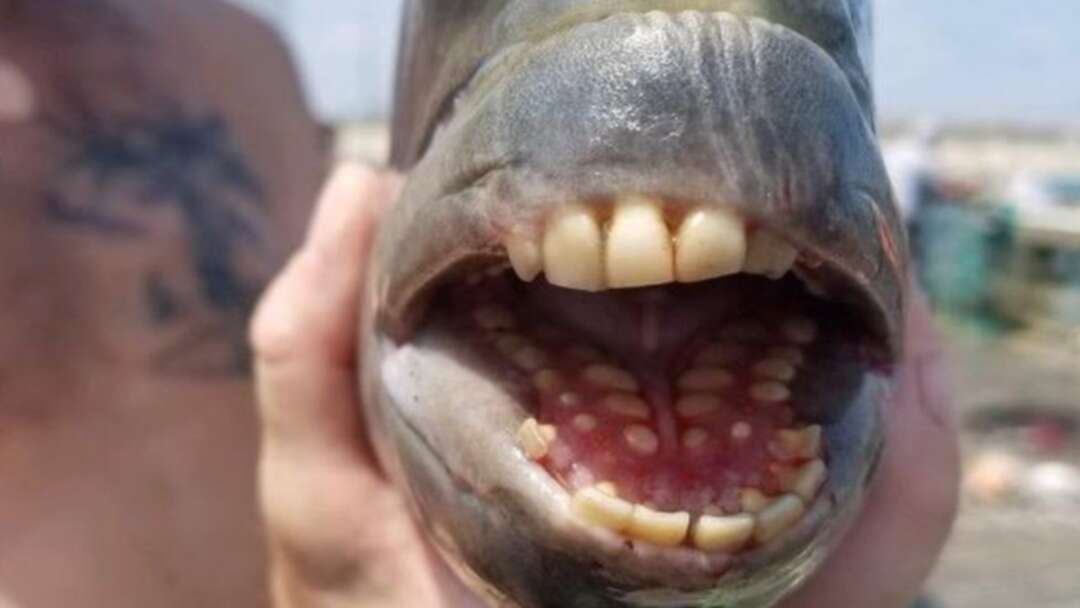 According to the BBC, a fish with human-like teeth has been caught in the United States.

A photo of the fish was shared on Facebook this week by Jennette's Pier, a fishing destination in Nag's Head, North Carolina.

It was identified as a sheepshead fish, which has several rows of molars for crushing prey. The fish appears to have been given its name due to its mouth looking like the mouth of a sheep. 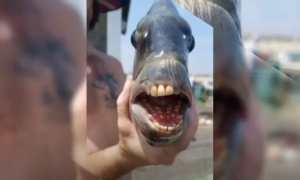 
The fish was reportedly reeled in by Nathan Martin, a regular on the pier.


Mr Martin said he had been hoping to catch a sheepshead fish when he came face-to-face with a "mouth full of teeth".

The BBC reported, he told McClatchy News "It's a very good fight when you're fighting on the line, it's a really good catch, and it tastes very good." levant