First Russians returning from Wuhan will be quarantined for 2 weeks 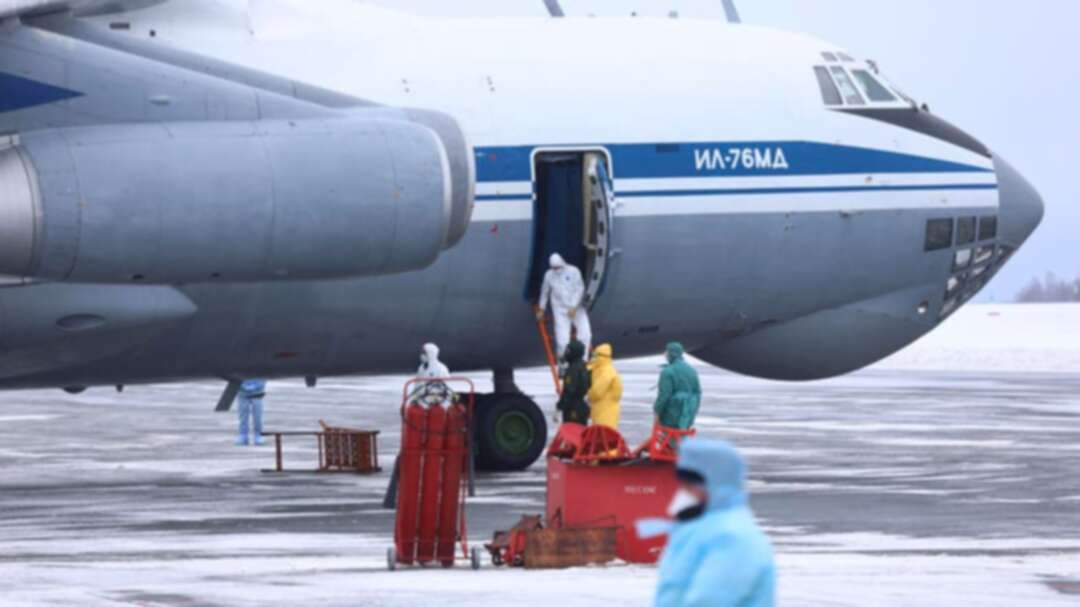 A group of medical personnel prepare to guide 80 people, accompanied by medical specialists, carried by a Russian military plane at an airport outside Tyumen, Russia. (AP)

Russia on Wednesday flew home its first group of 78 citizens from China’s Wuhan, the epicenter of a coronavirus outbreak, and plans to quarantine them for two weeks in a camp in Siberia while they are tested for the disease.

Russia, which has restricted crossings along its 4,300 km (2,670-mile) land border with China, last week reported its first two cases of coronavirus, both in Siberia and both involving Chinese nationals.

No infection was detected among the first group of returnees, who landed at Tyumen airport early on Wednesday, the defense ministry said.

The global death toll from the outbreak has risen to nearly 500, all but two in mainland China, and infections to close to 25,000.

In all, Russia plans to bring back 144 people, including 16 nationals of ex-Soviet countries, from China’s Hubei province, where the virus was first detected late last year. A second military plane is due to land in Tyumen later in the day.

Russia has suspended direct passenger trains and commercial flights from China, except for some that are being routed through a separate terminal at a Moscow airport to make screening passengers easier.

Anna Popova, Russia’s chief medical officer, said all arrivals from Hubei would be quarantined in a camp some 30km (19miles) outside Tyumen, a city of 800,000 people and a focal point of Russia’s oil industry.

The camp is fenced, equipped with CCTV cameras and guarded by military patrols, the crisis center said.

On Tuesday, a senior health ministry official said that Russia was preparing for the possible spread of the virus, as schools were closed and public events canceled in several regions, though other officials attributed that simply to flu.