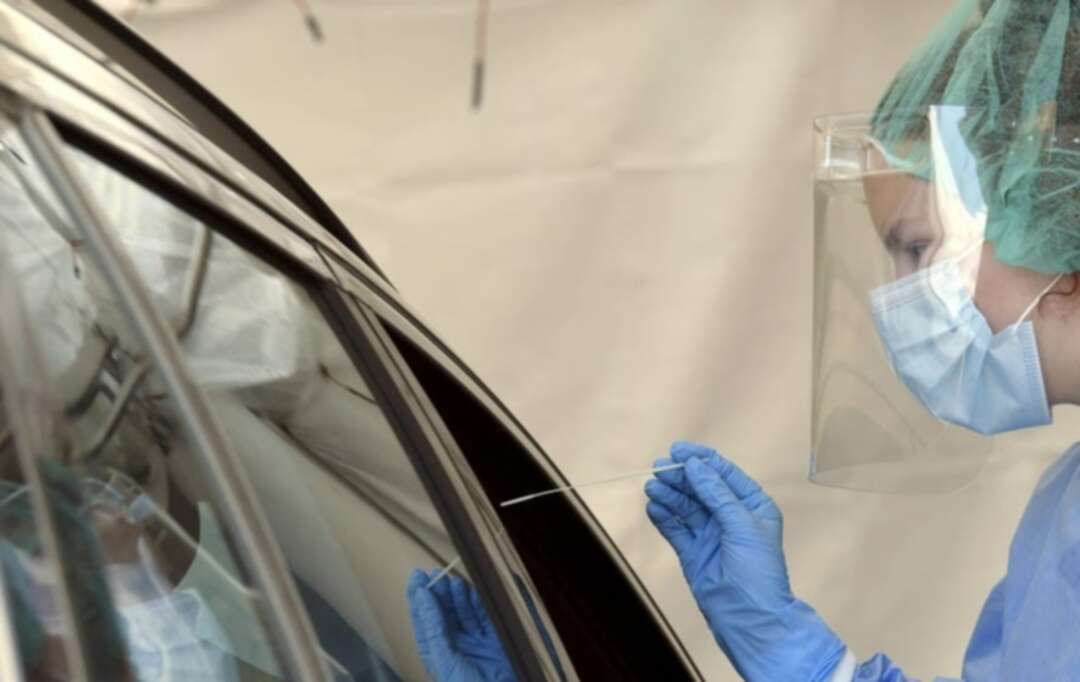 A health worker wearing a protective suit takes a swab sample from a patient at a drive-in COVID-19 testing site of the Helsinki University Hospital. (Reuters)

Finland could start lifting coronavirus curbs on businesses and youth activities from next week but borders will stay closed to tourists for at least the coming months, ministers said on Wednesday after agreeing an “exit plan”.

A decision to lift the state of emergency, which allows the government to shut businesses and restrict movement, could be made next week “if the situation continues improving,” Prime Minister Sanna Marin told a press conference.

But with the pandemic still worsening in many European countries, she warned that “the same can happen in Finland if we don’t stay on the ball.”

Infection rates in the Nordic country have fallen sharply over the last month, with only 83 new cases per 100,000 people in the past two weeks, giving Finland one of Europe’s lowest incidences of the virus, according to WHO figures.

On Wednesday, the prime minister’s office published a road map to reopening the country between now and August, agreed after negotiations between the five-party coalition and consultations with the public.

Restrictions on youth sports and hobbies will gradually be lifted from April, while libraries and museums, currently closed in the worst-hit areas, will re-open in May.

The current 10-person limit on gatherings will be lifted for outdoor events in July, and in August at the earliest for indoor meetings.

But the ban on all but the most essential international arrivals -- a border policy previously described by Interior Minister Maria Ohisalo as the EU’s toughest -- will only be partially lifted in the months to come.

Finland will only be reopened to tourism when the international situation improves, Ohisalo said on Wednesday, exhorting Finns to spend their summer holidays inside the country.