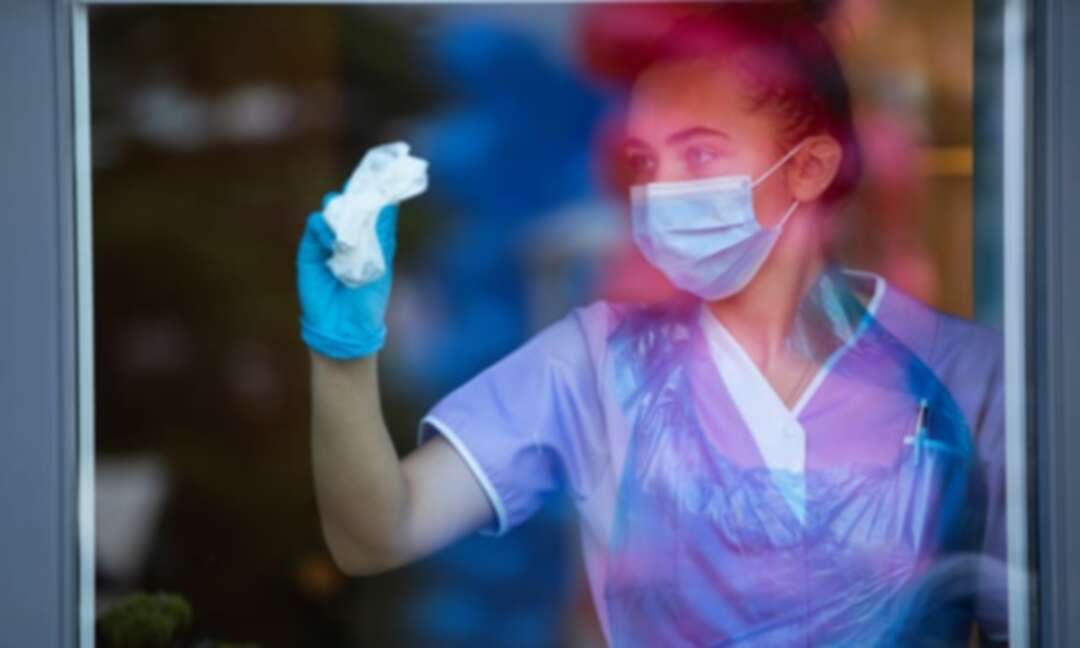 A care home worker wearing PPE cleans a window in May 2020.

One in five government Covid contracts awarded between February and November 2020 contained one or more red flags for possible corruption and require urgent further investigation, a respected campaign group has warned.

Transparency International UK said a “seriously flawed” arrangement, whereby companies bidding for contracts were prioritised if they were referred into a “VIP lane” by their political connections, had “damaged trust in the integrity of the pandemic response”.

The group said Boris Johnson’s government must urgently disclose the identities of companies awarded public money through the VIP lane, which was set up by the Cabinet Office and the Department of Health and Social Care in the early days of the pandemic.

The government has so far refused to name the companies granted public money through the scheme, citing “commercial confidentiality”. It has previously claimed the purpose of the arrangement was to triage large numbers of offers to help from the private sector.

Transparency International UK said its analysis indicated “apparent systemic biases in the award of PPE contracts that favoured those with political connections to the party of government in Westminster”, contrary to denials by civil servants and Conservative ministers.

The group said it had identified 73 Covid-related contracts with multiple factors that would ordinarily be treated as red flags for possible corruption, such as the company being politically connected. Twenty-seven PPE or testing contracts worth £2.1bn were awarded to firms with connections to the Conservative party, it claimed.

The group said it had also identified £255m of contracts awarded to companies that had only been incorporated within the previous 60 days. The figure is surprising because the short lifespan of the companies suggests they cannot have had any track record of actual business.

Many of the contracts were awarded without competitive tender. The government has acknowledged suspending tender processes for Covid procurement, arguing that the urgency of the pandemic required it to move more quickly than a tender process would allow.

The report, Track and Trace, is compiled by researchers working for the UK chapter of the international organisation Transparency International. The group is respected in anti-corruption policy circles and publishes an annual corruption perceptions index that frequently informs national anti-bribery strategies.

Steve Goodrich, a senior research manager at the group, said there was disquiet at “patterns that you cannot explain away”, in particular the creation of the VIP lane.

“Fine, you have to triage

The existence of the VIP lane was confirmed in a report last November by the National Audit Office. During a global rush for PPE that rapidly forced up prices, the government said it received large numbers of unsolicited and improbable bids for lucrative public contracts.

It said the high-priority lane allowed it to triage the large number of unsolicited offers of aid by prioritising those referred by government ministers, MPs, peers or health officials as credible companies that should be taken seriously, rather than chancers.

However the government’s repeated refusal to identify any beneficiaries of the scheme has prompted suspicion that it could have been used to disburse public funds to friends of the Conservative party. Companies referred into the VIP lane were 10 times more likely to be awarded a government contract.

Transparency International’s report makes 10 recommendations for urgent action by government, including immediate disclosure of the beneficiaries of the VIP lane contracts, a return to competitive procurement by default, and transferring responsibility for enforcing the ministerial code to an office independent of government and accountable to parliament.

A government spokesperson said: “During the pandemic our priority has always been to protect the public and save lives, and we have used existing rules to buy life saving equipment and supplies, such as PPE for the NHS frontline.

“All PPE procurement went through the same assurance process and due diligence is carried out on every contract – ministers have no role in awarding them.