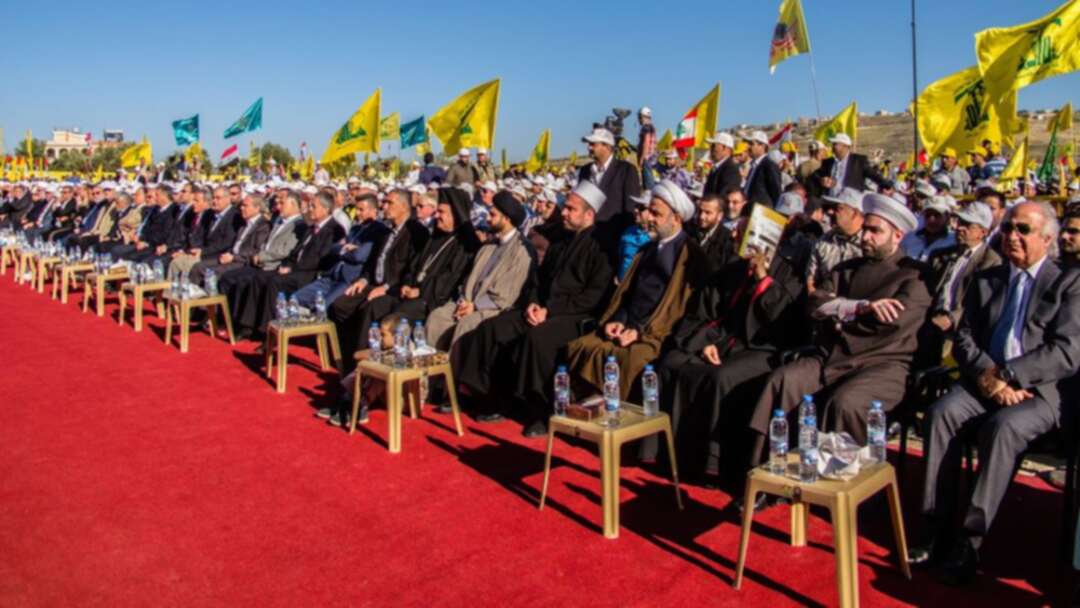 The Arab News reported that the decision by Hezbollah and the Amal Movement to end a boycott of Lebanon’s Cabinet has led to speculation that Iran is making moves to control Lebanon’s political system.

Lebanese Forces MP Ziad Hawat said: “The order came from Tehran, so the ‘disruption duo’ decided to set the Cabinet meetings free. These are the repercussions of external negotiations.”

He added: “The ‘disruption duo’ pawned the country to the outside will. But the parliamentary elections are coming and the hour of reckoning is upon us.”

According to the Arab News, the two parties said on Saturday that they would take part in Cabinet meetings after a three-month boycott.

The decision came as a surprise to many, and positively impacted the currency rate on Sunday.

Reacting to the announcement, Prime Minister Najib Mikati said that he would convene a Cabinet meeting as soon as the Finance Ministry had sent through a draft budget.

He added that the decision “aligns with his personal repeated calls for everyone to participate in assuming the national responsibility in a way that preserves the national pact, especially during these critical times the country is going through.”

Mikati’s office noted the need “to set a recovery plan to launch the negotiation process with the International Monetary Fund.”

Some political observers said that the two parties are facing a political stalemate and popular pressure accusing them of escalating crises.

Parliamentary elections are around the corner and the two parties “want to absorb people’s resentment before the date of the said elections next May.”

Other observers linked the decision by the two parties to “regional developments regarding the Vienna talks.”

They believe that “the decision to disrupt the Cabinet meetings served an external agenda, specifically an Iranian one, and that perhaps they ended their boycott to demonstrate flexibility in the complicated negotiations.”

The two parties said in their joint statement on Saturday: “We announce our agreement to participate in Cabinet meetings to approve the national budget and discuss the economic rescue plan, and all that concerns improving the living conditions of the Lebanese.”

They claimed that the decision came “following the acceleration of events and the escalation of the internal political and economic crisis to an unprecedented level, with the collapse of the Lebanese pound’s exchange rate, the decline of the public sector and the collapse of citizen income and purchasing power.”

Hezbollah and Amal also mentioned in their mutual statement that their boycott was due to “the unconstitutional steps undertaken by Judge Tarek Bitar in the Beirut Port blast case — the gross legal infringements, flagrant politicization, lack of justice and lack of respect for standardization.”

Instead of Bitar presiding over the case, the two parties have requested that a parliamentary panel should look into the matter.

This requirement, however, has not been executed yet, as the prime minister has refused to “interfere with judicial operations,” with his party firmly backing Bitar.

Phalanges Party MP Samy Gemayel said that Hezbollah and Amal “think they owe us a favor by ending the boycott.”

He added: “They paralyzed the country for a year to form the government they wanted and they boycotted it to prevent justice from prevailing in the ‘crime of the century.’

Gemayel said: “The Lebanese people are the ones paying the price. There’s no work, no electricity, no heating, no bread and no medicine."

He added: “Accountability for humiliating people will be achieved through the elections.”

In his Sunday sermon, Maronite Patriarch Bechara Al-Rahi commented on the latest development regarding Cabinet sessions.

He said: “In the democratic system, the procedural authority shall operate according to the powers conferred upon it by the constitution, without being subject to any illegal pressure or condition."

He warned against “resorting to the disruption of parliamentary and presidential elections — scheduled for next October — for suspicious personal objectives.

“The Cabinet disruption, the political escalation, the continued provocation, the use of justice to undermine the opponents and the inversion of priorities reassure neither the Lebanese people nor Lebanon’s brothers and friends.”

Internet services were disrupted in Lebanon on Sunday because of diesel shortages, adding another essential service to the list of casualties of the country’s economic crisis.

The ministry said that “the gas supply agreement between the Lebanese government and the Egyptian government clearly states that the gas must come from Egypt, which owns large gas quantities.

“This gas will pass through Jordan, and then into Syria, which will in turn benefit from it.”