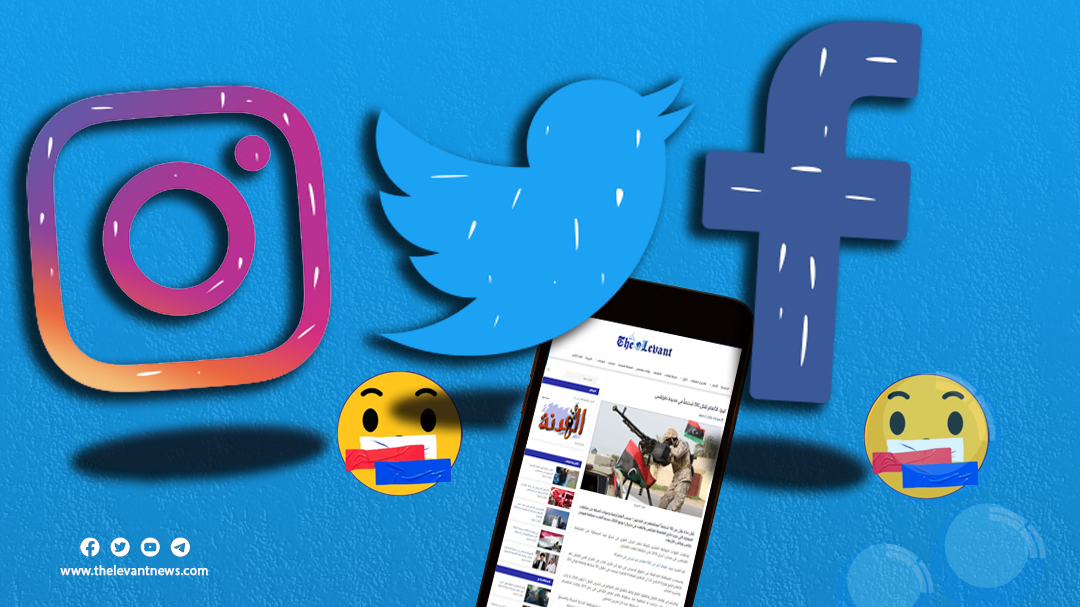 The recent policies of social media websites, especially the major ones such as Facebook, Instagram and Twitter show selectivity has become a major feature of their work. Websites and electronic newspapers suffer from those policies that curtail freedom of speech. This happens in the middle of the digital revolution where netizens have become part of the policies of democratic countries because they are the public and the judge at the same time.

The restriction of the London newspaper Levant News accounts

The Instagram account of Levant News was disabled without a convincing reason or prior warning about any violation of Meta policies.

Although the general manager, the editorial director and the social media expert of the newspaper reached out many times to the Middle Eastern headquarters of Meta, the account has still been disabled.

It is strange and unjustified that Facebook or Instagram impose restrictions on Levant News more than once without even a minimum response or explaining where things went wrong in the newspaper accounts even though the newspaper is licensed by a country that respects freedom of the press and strictly sticks to the policies of social media websites, especially after 14-year-old Molly Russell committed suicide in early 2019 after watching Instagram videos about depression and suicide.

Not forgetting the former Prime Minister Theresa May demanded that these companies have to self-regulate their work to block terrorist content on the Internet as terrorist organisations use social media platforms to spread their propaganda, recruit members and plan terrorist attacks.

Since Levant News exists in a country that follows all these policies, it absolutely did not do anything against these policies, otherwise, fines and administrative penalties would be imposed by the Communications Regulatory Authority in Britain "Ofcom" which was given the authority to impose fines on violating entities of up to £250 thousand or to 5% of the entity's revenue.

The British Department for Digital, Culture, Media and Sport (DCMS) had previously announced that the powers granted to Ofcom would be temporary but they might become permanent later.

If Levant News had been violating the publishing policies of both platforms, it would face heavy fines like the ones Ofcom imposed on Russia's RT channel for breaching impartiality rules in its coverage of the poisoning of Russian ex-spy Sergei Skripal, the civil war in Syria and its news & current affairs coverage of Russia's full-scale invasion of Ukraine.

The attached correspondence shows that Levant News repeatedly reach out to Facebook which only responded once from the platform's administration and the employee did not give a little of his precious time to respond to the management of the London newspaper Levant News. 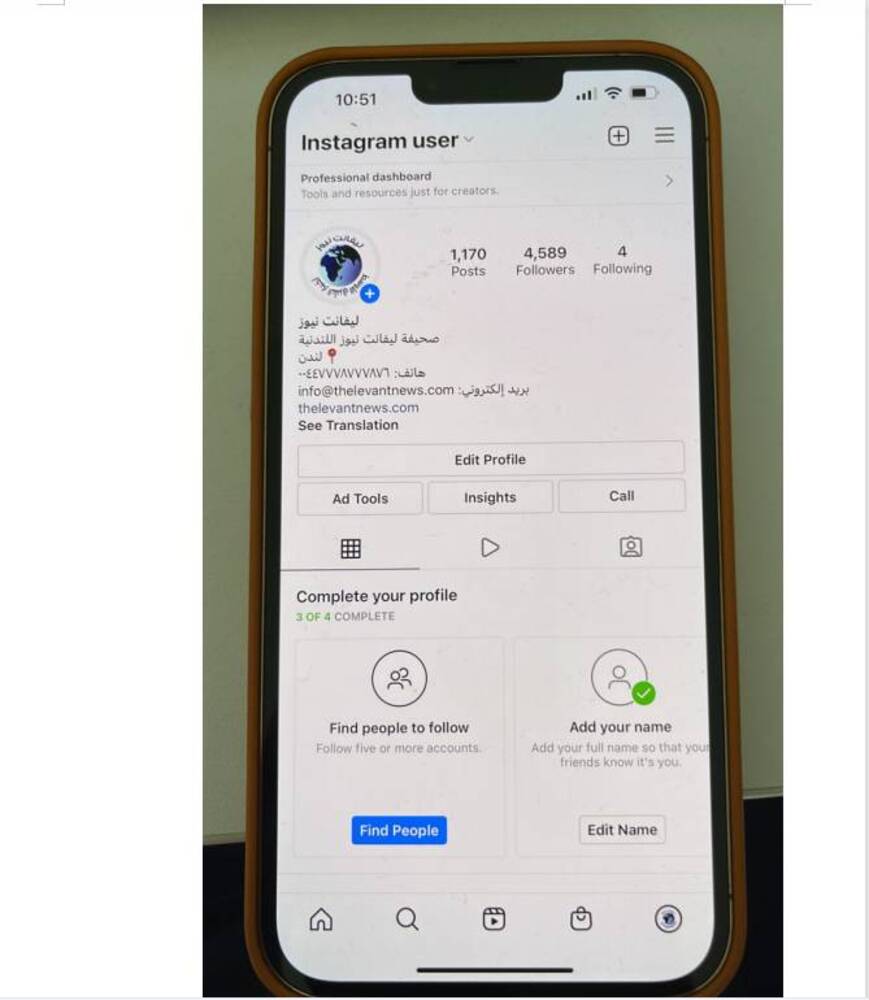 Instagram was not better, when the first account of Levant News was hacked, they did not deal with the matter seriously and respectfully to restore the account. Although the hackers posted on the account asking for $200 to give it back, the Instagram administration sees this clearly and does not block this account. As well, the London newspaper sticks to professionalism and impartiality in its news publication of armed conflicts around the world and takes into account human and child rights in the photos and videos it publishes. Moreover, Levant News has journalists specialized in doing interviews with survivors of detention and how to deal with them and this is not seen much in many newspapers or human rights documentation centres.

Twitter still verifies and gives the blue badge to many workers for the Muslim Brotherhood (MB) which is designated on the terrorist list in the country that hosts the Twitter regional office, while it ignores the verification of the account of the newspaper Levant News although it was contacted several times. It seems Twitter acts selectively as they verify unknown people and websites that do not have a big number of followers e.g. there are verified accounts for workers in an MB study centre and one of them has only 1200 followers and his account is given the blue badge. In addition, there are many verified accounts belonging to people who are members of organisations designated on terrorist lists like leaders in Hezbollah, the Houthi group, Hamas, and the Iranian Revolutionary Guard Corps. 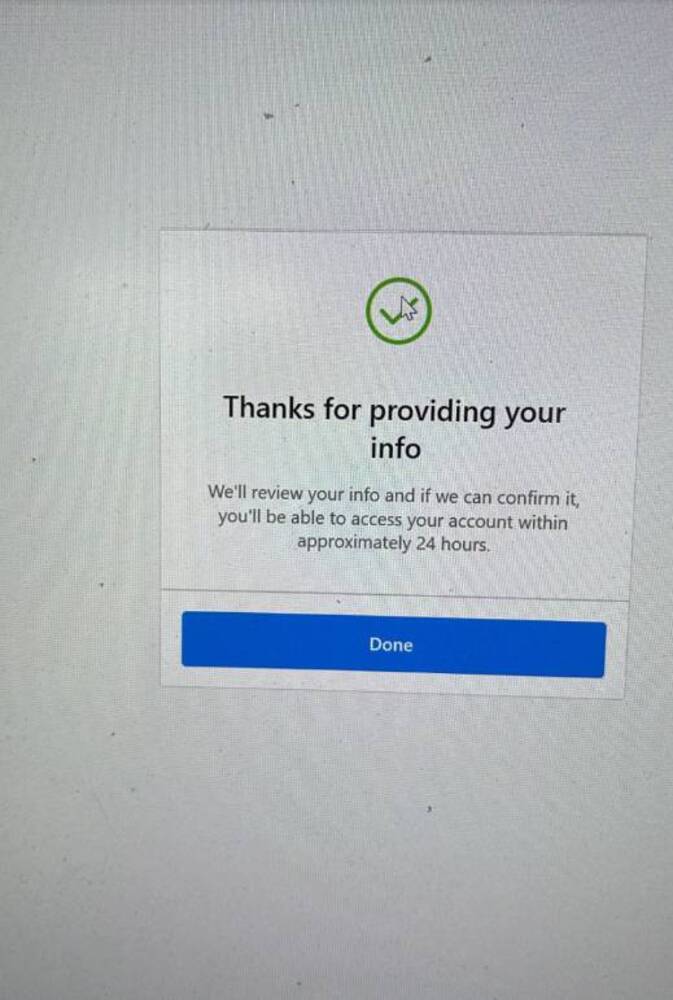 On the other hand, when Levant News asked for the verification of its account, Twitter refused and justified that we are interfering in the elections, without mentioning what elections or what policy violations we went against and even if there is a breach why is the account still allowed to post and share the news? It is worth noting that the account of the London newspaper Levant News has been restricted on Twitter for three years and is prohibited from promotions like other newspapers and this is a flagrant violation of press freedom. 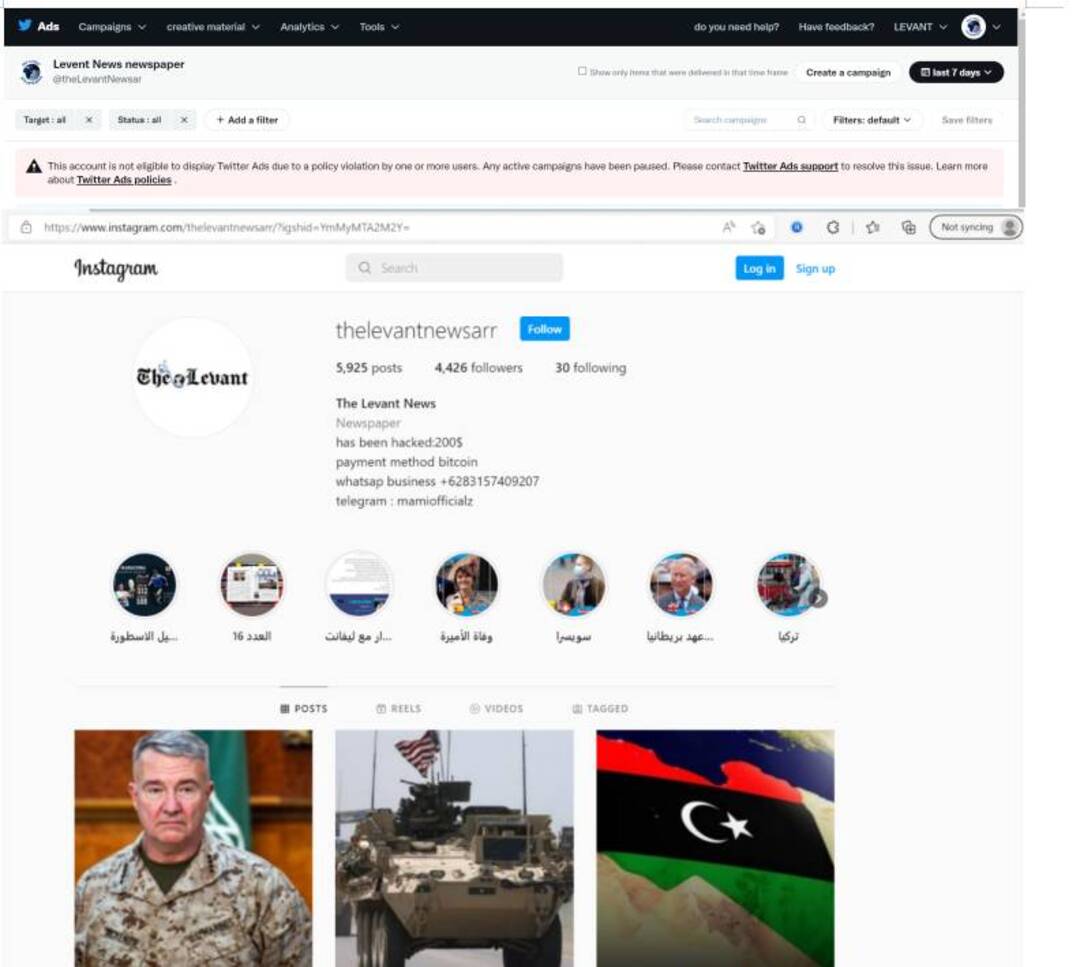 In fact, the policies of social media have to be reviewed because it has become part of the public opinion industry, otherwise, its future will not be as promising as many experts expect, especially after Elon Musk promised about reducing censorship on Twitter, which prompted many human rights organisations to express their concern about the growth and spread of incitement and hate speech on Twitter.

Not long ago, the London newspaper Levant News was ranked 10th in terms of the target audience competing with well-known Arab newspapers and websites. It's got its rank because of the professionalism of its journalists and administrative staff, the thing that made the Arab and Syrian public trust it.

Here we note that the Facebook account of the general manager and founder of the London newspaper Levant News has been banned for three years from promotion. 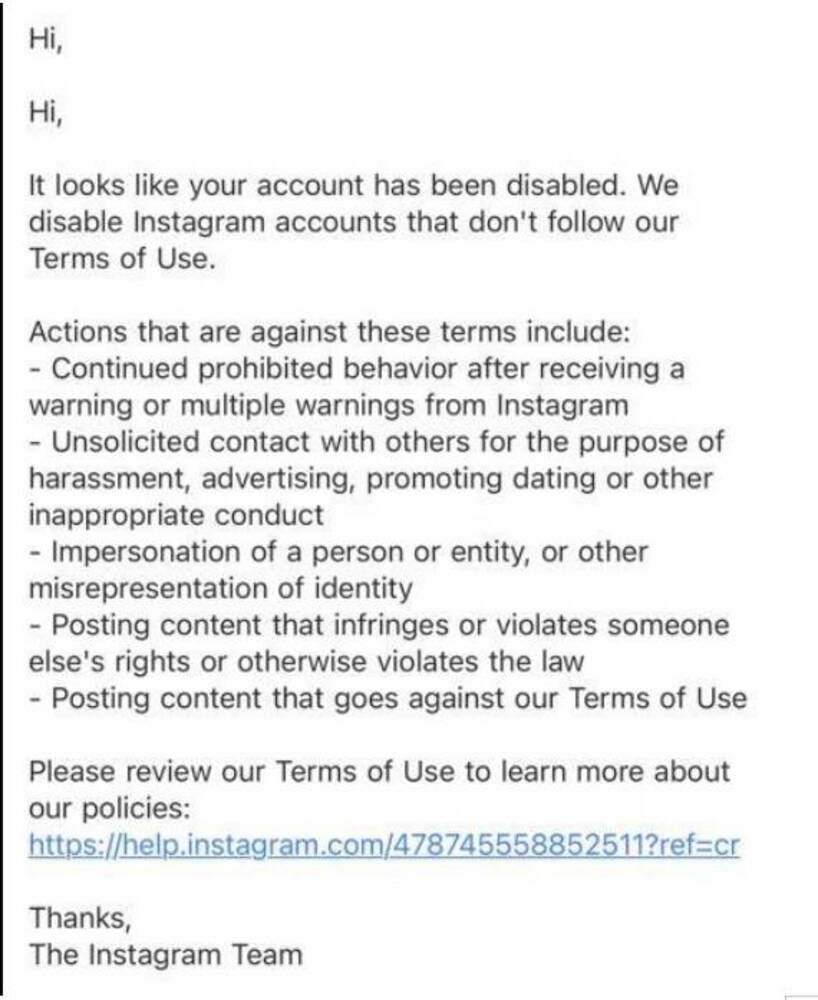 Here is the question, why is this newspaper restricted while others are allowed to freely publish things that brainwash social media netizens?

The offices of Meta and Twitter in the Middle East have to answer this.