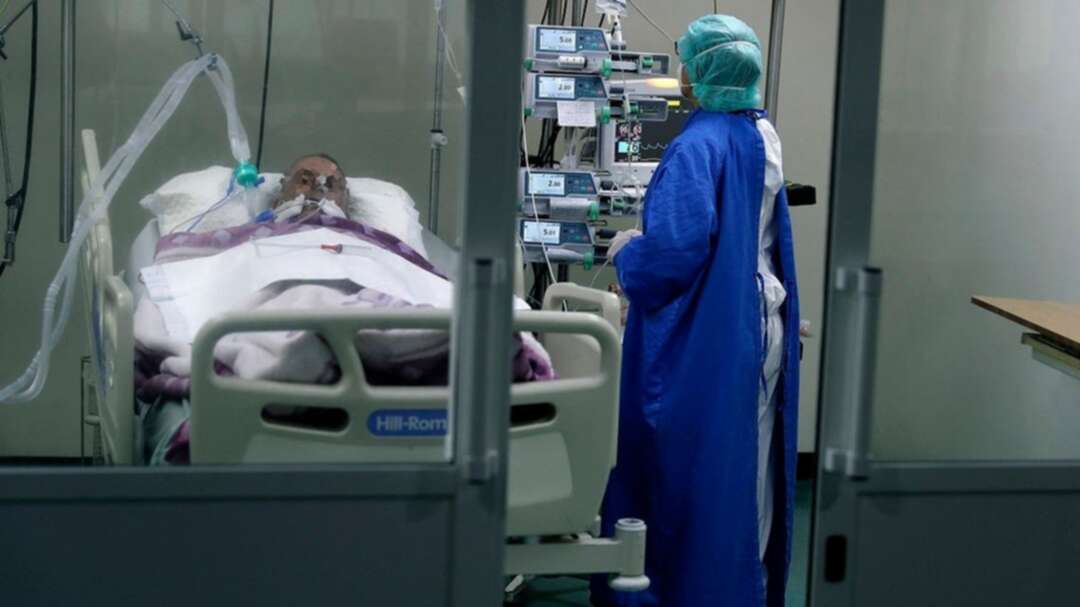 A nurse takes care of a COVID-19 patient in the intensive care unit of the Rafic Hariri University Hospital in the Lebanese capital Beirut, on November 13, 2020. (File photo:AFP)

As Lebanon’s economy sinks into a crippling depression, it is the frontline heroes who helped the country battle the COVID-19 crisis that is bearing the brunt; with redundancies forcing nurses out of jobs and into unemployment, according to a nursing chapter in the Middle Eastern nation.

Lebanon’s economy began collapsing in 2019; a crisis made worse by nationwide anti-government protests, the coronavirus pandemic and the August 4 Beirut blast; a triple whammy which has brought the country to its knees.

It means Lebanon is facing a dangerous depletion of resources, or a “brain drain”, warns Dr Myrna Doumit, president of Order of Nurses in Lebanon.

According to Dr Doumit, nurses are being laid off by private hospitals across the country, as part of cost-cutting measures as finance-stricken businesses look to balance their books.

About 600 nurses – those who have been at the frontline to treat patients suffering with COVID-19 - have been laid off over the past year, she said. Those remaining are at risk of burn-out.

“Hospitals have downsized and laid off nurses,” said Dr Doumit. “The nurses that are left are exhausted. They have either had COVID-19 or treated those with COVID-19 and now a smaller pool of resources are trying to makeup for a huge shortfall.”

Many university-trained nurses are now without a job in Lebanon or have relocated to other countries in the region in search of work.

“What hospitals and health care institutions are doing is jeopardizing the care of nurses, which is unacceptable.”

“We are asking hospitals to recruit, but they do not want to open new positions, they just want to make more money and this is dangerous.”

In 2020, Lebanon defaulted on its debt, banks imposed capital controls and inflation has reached triple-digit rates, plummeting the country into its worst ever economic crisis.

Dr Doumit says the situation is unique in the Middle East. Most countries, she says, have a lack of university-trained nursing professionals and are actively trying to recruit from overseas.

In Lebanon, there are trained-nurses – but who cannot find employment.

Earlier this year, the Order of Nurses launched a new initiative which helped place unemployed nurses within local communities to deal with the coronavirus response.But many more are still hunting for work. 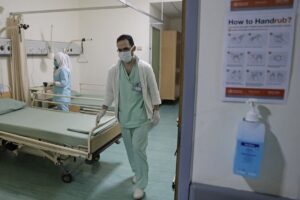 Lebanese nurses wearing protective masks work at a ward where the first case of coronavirus in the country is being treated. (File photo: AFP)

For those who still have a job, working conditions are poor, says Dr Doumit, especially in the north of the country.

“Hospitals are reducing salaries by a third. Nurses ultimately have less more pressure and it is very tough.”

“Physical working environments are also not often safe. There are more patients than ever per nurses, who are often to have inadequate access to Personal Protective Equipment (PPE).”

While across the country frontline staff have been universally praised by the people of Lebanon, nurses need more “tangible” benefits from their employers and the government, says Dr Doumit.

“People’s image of nursing has changed, they are being recognized by the people of Lebanon. But working conditions are not changing.”

“Nurses are afraid of doing any action on the ground or speaking up.”

“We have 1,200 new nursing graduates this year – I would like to see them be actively recruited, instead of them being forced to leave the country to find work.”

“We know the economic crash in the country, but give nurses some incentives. Improve the ratio of patients to nurses, revise salary packages, or offer them benefits such as reduced mobile phone rates or reduced prices in supermarkets.”

“This is what we are asking for. Something tangible to help these nurses who have, themselves, helped so many others.”