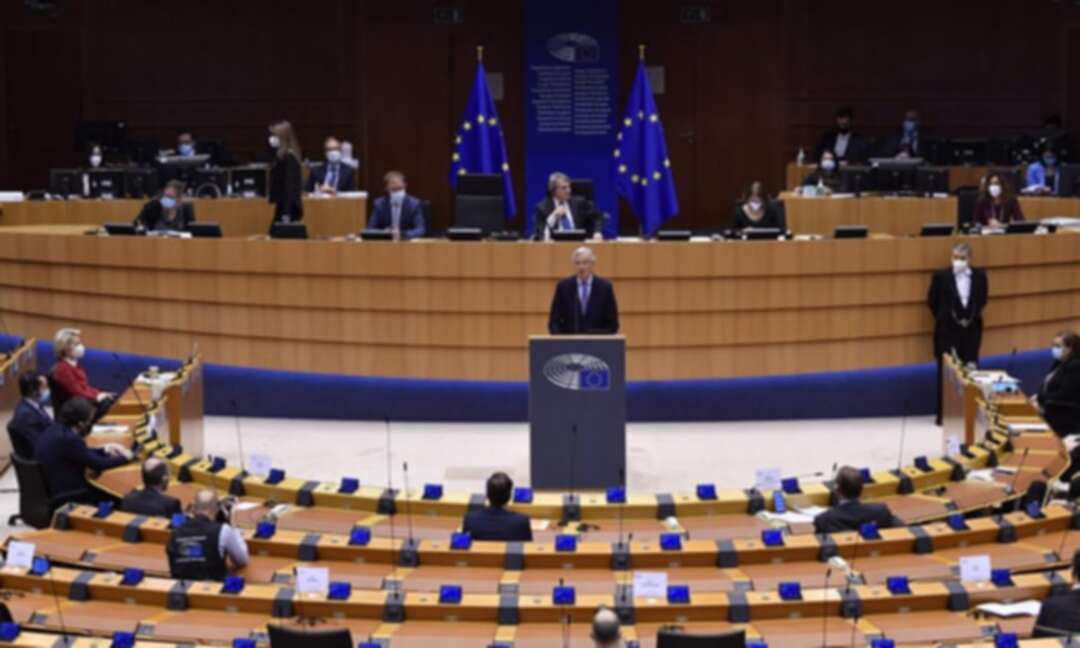 The European parliament has given its overwhelming backing to the Brexit trade and security deal, prompting senior figures on both sides to speak of hope for a “new chapter” of friendly relations after four years of division.

Five MEPs voted against the deal, with 660 in favour and 32 abstentions, although in an accompanying resolution the chamber described the referendum result of 23 June 2016 as a “historic mistake”.

As the result was announced, Boris Johnson issued a statement that sought to define the vote as the end of the tortuous Brexit process that had cost two of his predecessors in Downing Street their jobs.

He said: “This week is the final step in a long journey, providing stability to our new relationship with the EU as vital trading partners, close allies and sovereign equals. Now is the time to look forward to the future and to building a more global Britain.”

Lord Frost, who led the UK’s negotiating team over the last year, offered his thanks to his EU counterpart, Michel Barnier, but also made the characteristically bullish point that the UK would stand up for its interests in future talks.

He said: “Today marks an important moment as the European parliament have voted in support of our trade and cooperation agreement with the EU.

“Last year, both sides worked tirelessly to agree a deal based on friendly cooperation and free trade between sovereign equals.

“Today’s vote brings certainty and allows us to focus on the future. There will be much for us and the EU to work on together through the new partnership council and we are committed to working to find solutions that work for both of us.

“We will always aim to act in that positive spirit but we will also always stand up for our interests when we must – as a sovereign country in full control of our own destiny.”

Before the vote, the European commission president, Ursula von der Leyen, had made a point of assuring MEPs that the 1,449-page trade deal came equipped with “real teeth” to ensure that both sides lived up to its obligations.

The UK government has already been accused this year of breaching commitments on Northern Ireland and on fisheries, both of which are denied. The trade deal, in which the agreement on fishing access is contained, had been provisionally brought into force on 1 January, ahead of scrutiny by MEPs and their formal consent to ratification.

Von der Leyen had also suggested that relations between the EU and Britain were at a crossroads, with the risk that finding the agreement would ultimately be the “high-water mark” in the relationship.

On Wednesday, she tweeted: “I warmly welcome the European parliament vote in favour of the EU-UK trade and cooperation agreement.

“The TCA marks the foundation of a strong and close partnership with the UK. Faithful implementation is essential.”

Charles Michel, the former prime minister of Belgium who chairs the regular summits of EU leaders as president of the European council, said: “It marks a major step forward in EU and UK relations and opens a new era. The EU will continue to work constructively with the UK as an important friend and partner.”

A resolution by the European parliament in which MEPS described Brexit as a “historic mistake”, was passed with 578 votes in favour, with 51 against and 68 abstentions.

Christophe Hansen, an MEP from Luxembourg who worked on the wording of the resolution, said: “Ratification of the agreement is not a vote of blind confidence in the UK government’s intention to implement our agreements in good faith.

“Rather, it is an EU insurance policy against further unilateral deviations from what was jointly agreed. Parliament will remain vigilant. Let’s now convene the parliamentary partnership assembly to continue building bridges across the Channel.”

The trade and security agreement will only be formally ratified following adoption by the EU council of ministers, due by 30 April.