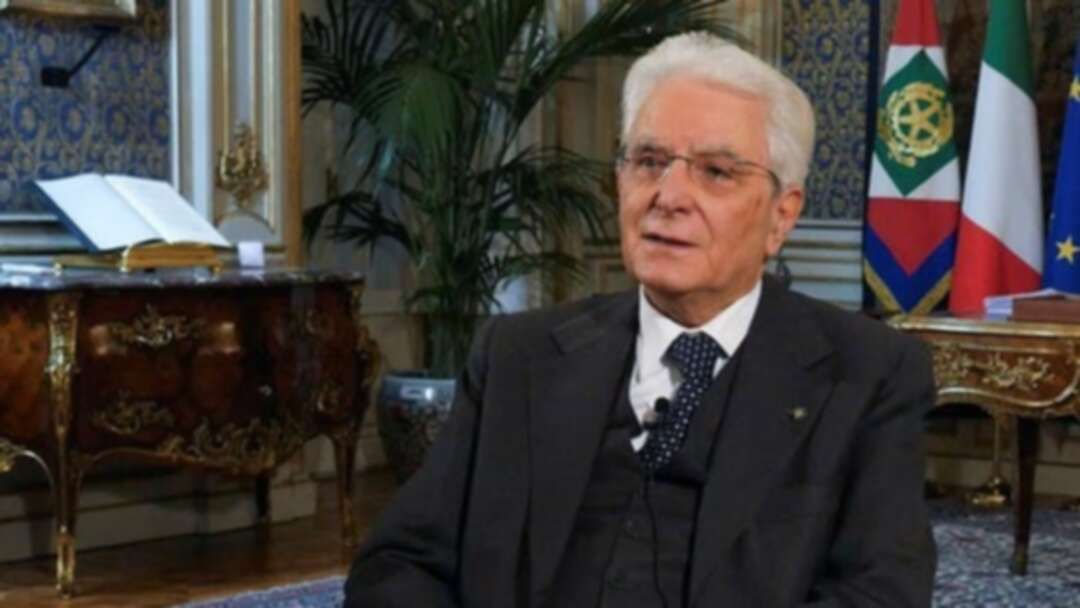 Italian President Sergio Mattarella speaks during a rare televised address to the nation as Italy battles a spread of coronavirus disease in Rome, Italy, March 27, 2020. (Reuters)

Europe must adopt new measures to confront the threat posed by the coronavirus, Italian President Sergio Mattarella said on Friday, telling European Union leaders they had to react before it was too late. Europe needs new steps

Mattarella's message, made in a rare, televised address to the nation, came after EU leaders had failed to agree on a common approach to dealing with the escalating economic fallout from the pandemic.

“New initiatives are vital to overcome old ways of thinking that are now out of touch with the reality of the dramatic conditions facing our continent,” Mattarella said.

“I hope everyone fully understands the seriousness of the threat faced by Europe before it is too late.”

Mattarella, who normally steers clear of controversy, praised the European Central Bank and European Commission for their response to the crisis, saying they had made “important and positive financial and economic decisions”.

He continued that EU leaders “have not yet done so”.

Italy, Spain, Portugal, and France want the 27-nation group to issue joint debt to help finance a recovery from the emergency that looks certain to push many countries deep into recession. Germany and the Netherlands have blocked the call.

“Solidarity is not only required by the values of the union but is also in the common interest,” Mattarella said. Europe needs new steps

The president's brief speech went viral on the Internet, not because of the core message, but because his office accidentally broadcast a rehearsal.

At one point he stops and someone off-camera says his hair has a tuft. Mattarella pats his head and says with a little smile “Ah Giovanni, I can't go to the barbers either.”

Italy has shut down all non-essential services, including hairdressers.