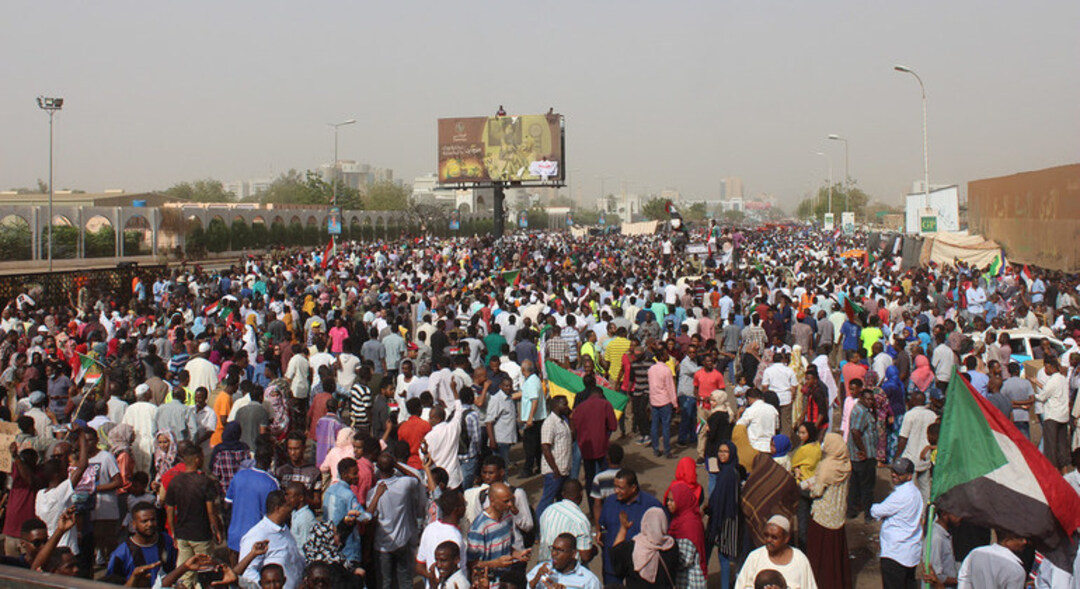 The Asharq Al-Awsat reporetd that the European Union has urged Sudanese leaders to investigate the violence targeting protestors in the country, following the October 25 military takeover.

It tweeted on Friday: “The EU reiterates the need for independent investigations into all deaths and associated violence, and calls for the perpetrators to be held accountable."

It added: “Attacks on hospitals, detentions of activists and journalists and communication blackouts, must also stop."

The latest killings bring to 60 the death toll in a security clampdown since the October 25 military takeover, said the Central Committee of Sudan Doctors, which is part of the pro-democracy movement.

In a statement, Sudanese police said the demonstrations “witnessed a deviation from peacefulness and cases of aggression and violence by some demonstrators towards the forces present,” citing a number of injuries among police and armed forces.

The statement also said that three people had been arrested for the killing of two citizens in Omdurman and that 60 suspects were arrested overall.

The Forces of Freedom and Change coalition, which had been sharing power with the military before the coup, called on the United Nations Security Council to carry out an investigation on what it described as intentional killings and raids of hospitals.

In Khartoum, protesters tried to reach the presidential palace but security forces advanced toward them, firing frequent volleys of tear gas.

Some protesters wore gas masks, while many wore medical masks and other face coverings and several brought hard hats and gloves in order to throw back tear gas canisters.

UK experts: No need yet for a fourth Covid jab World Bank approves $90 million for Iran to fight against Covid