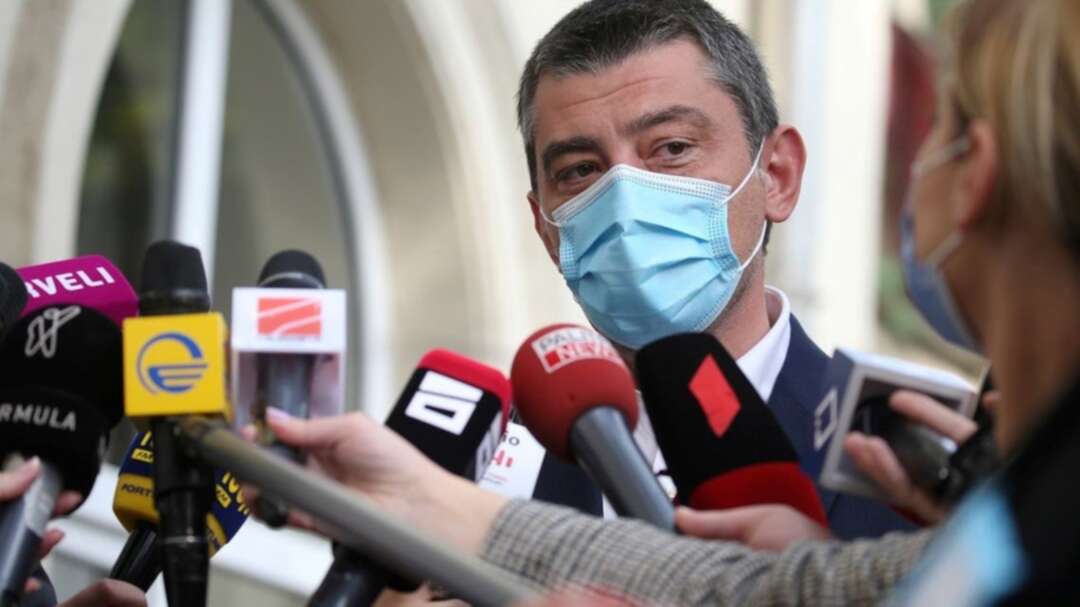 Georgia’s Prime Minister Giorgi Gakharia speaks to the media as he visits a polling station during a parliamentary election in Tbilisi, Georgia October 31, 2020. (Reuters)

The European Union on Monday called on Georgia to defuse a spiraling political crisis that deepened with the arrest of a top opposition leader last week.

The pro-Western South Caucasus nation has been in the grip of a crisis since parliamentary elections in October which the opposition has denounced as rigged.

On a visit to the Georgian capital Tbilisi, European Council President Charles Michel said the bloc was concerned about the “worsening crisis”.

“The European Union calls on all parties to step up their efforts to defuse the situation and come together to find common ground,” Michel said at a joint news conference with Georgian President Salome Zurabishvili.

Michel called for dialogue between the opposition and the government, adding that “political stability reinforced by an open democracy, by an efficient and independent judiciary, is essential to deepen the partnership between Georgia and the European Union”.

Melia, a 41-year-old who has united Georgia’s divided opposition forces, has denounced his prosecution on charges of “organizing mass violence” during anti-government protests in 2019 as politically motivated.

A court in Tbilisi has ordered that Melia be placed in pre-trial detention after he refused to pay an increased bail fee in the case.

Melia’s arrest has sparked mass anti-government protests and strong condemnation from the United States as well as the EU.

Thousands of opposition supporters have staged protests in Tbilisi, demanding his liberation and snap parliamentary elections.

Georgia’s opposition parties have refused to enter the new parliament in a boycott that weighs heavily on the ruling Georgian Dream party’s legitimacy.

They have announced a series of rallies in the near future and vowed to stage a protest outside parliament building on Tuesday.

In January, the Georgian government announced plans to apply for EU membership in 2024.