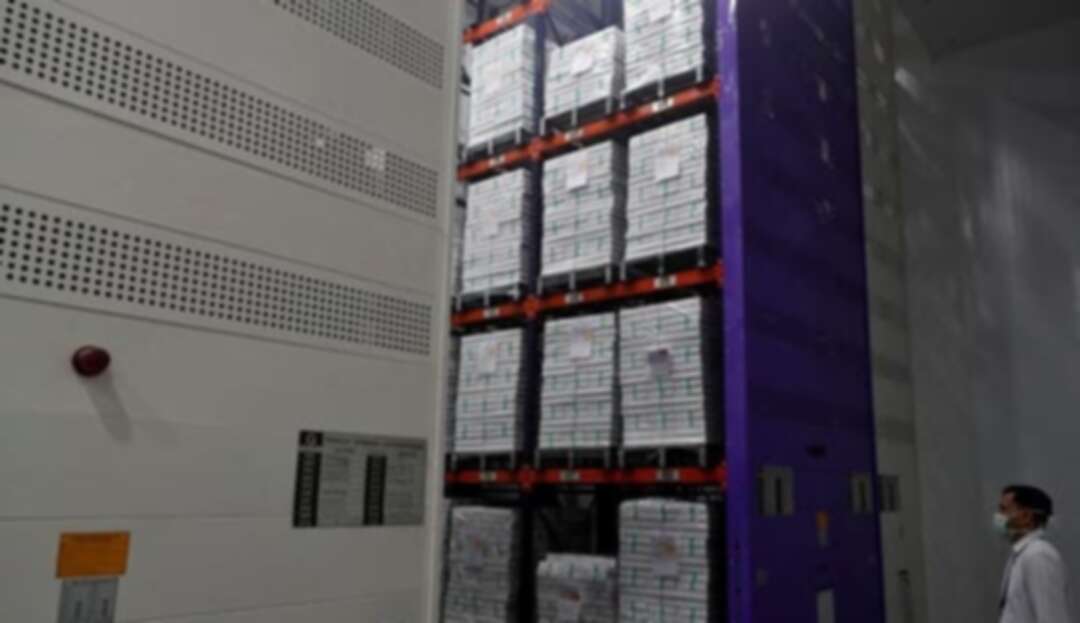 A man wearing a protective mask stands next to boxes containing the vials of AstraZeneca's COVISHIELD vaccine inside a cold room at the Serum Institute of India, Pune, India, 30 November 2020. (Reuters)

The European Union is asking AstraZeneca to publish the contract it signed with the bloc on COVID-19 vaccine supplies, an EU official said on Wednesday, in an escalation of the row over delivery delays.

The company pulled out of a meeting with the European Union scheduled for Wednesday, the official said.

In an interview with newspapers on Tuesday, AstraZeneca CEO Pascal Soriot said the EU contract was based on a best-effort clause and did not commit the company to a specific timetable for deliveries.

Vaccine rollouts in the European Union have been slow compared with countries in some other regions, especially former EU member Britain, and fraught with problems, not least interruptions to supply chains.

Soriot’s interview followed the company’s announcement of a cut in supplies to the EU in the first quarter, which an EU official told Reuters last week amounted to a 60 percent reduction to 31 million doses caused by production issues at a factory in Belgium.

The EU contract with AstraZeneca is an advance purchase agreement for the supply of at least 300 million doses provided that the vaccine is approved as safe and effective.

The EU official said on Wednesday that details revealed by Soriot on production capacity and best-effort clause were confidential.

The official added that the best-effort clause was standard in contracts with manufacturers of products that are in development.

“Best effort is a completely standard clause when you are signing a contract with a company for a product that does not yet exist,” the official said. “Obviously you cannot put a completely legal obligation” under these conditions.

The official said that best effort meant that the company had to show an “overall” effort to develop and deliver vaccines.

AstraZeneca said in a statement on Wednesday: “Each supply chain was developed with input and investment from specific countries or international organizations based on the supply agreements, including our agreement with the European Commission.

“As each supply chain has been set up to meet the needs of a specific agreement, the vaccine produced from any supply chain is dedicated to the relevant countries or regions and makes use of local manufacturing wherever possible.”