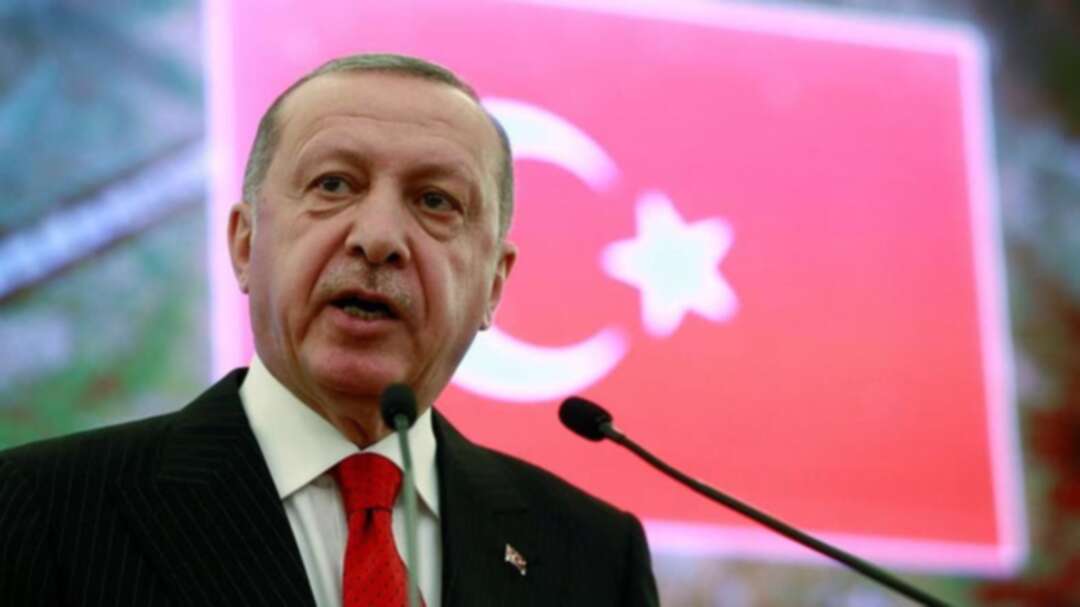 Turkish President Recep Tayyip Erdogan said on Tuesday that a safe zone is being established in northeastern Syria, adding that refugees in Turkey will be moved to the area. (File photo Reuters)

Turkish President Recep Tayyip Erdogan said on Tuesday that a safe zone is being established in northeastern Syria, adding that refugees in Turkey will be moved to the area.

Erdogan wrote in an article published in The Wall Street Journal that Syrian refugees in Turkey will be moved to the safe zone because “the international community missed its opportunity to prevent the Syrian crisis from pulling an entire region into a maelstrom of instability.”

“My administration concluded that the international community wasn’t going to act, so we developed a plan for northern Syria,” Erdogan added.

The Turkish President attacked the Arab League for calling the incursion an “invasion,” adding that the organization “has no legitimacy.”

The Arab League Secretary General Ahmed Aboul Gheit on Saturday led Arab foreign ministers, during an emergency meeting, in condemning Turkey’s military offensive in northeast Syria as an “invasion of an Arab state’s land and an aggression on its sovereignty.”

During the meeting in Cairo, Aboul Gheit said that the Arab League is considering taking diplomatic, economic, investment and tourism measures against Turkey.