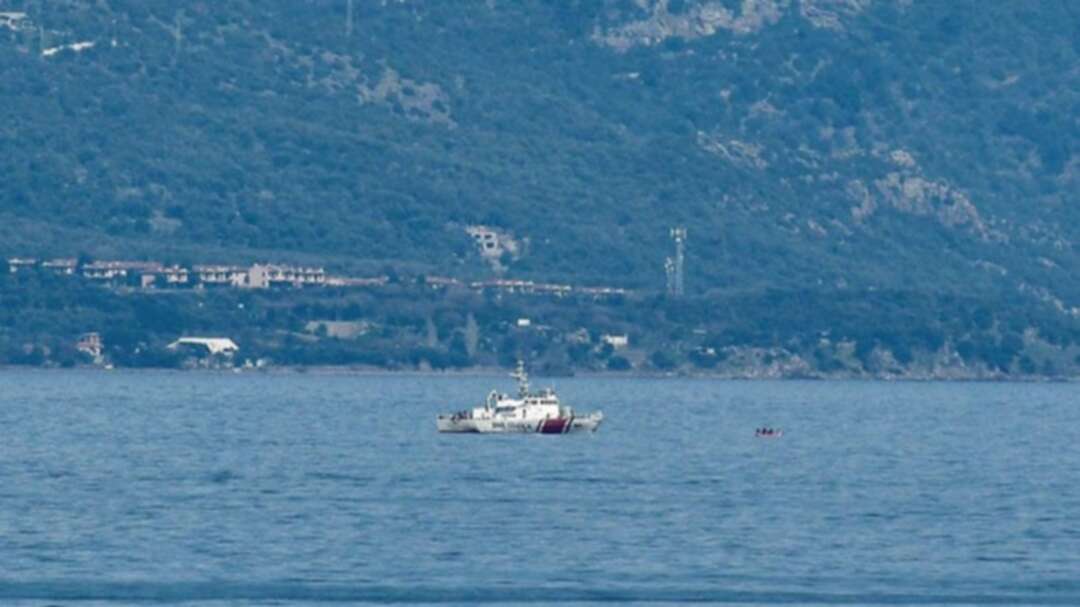 Turkish coastguard boat proceeds to check a inflatable boat at the sea between Lesbos island and the Turkish coast as part of operations to prevent boats of refugees of reaching the Greek coast on March 6, 2020. (AFP)

President Recep Tayyip Erdogan has ordered the Turkish coastguard to prevent migrants crossing the Aegean sea because of the risks, state media reported.

"On the orders of the president... permission will not be given for migrants to cross the Aegean sea because it is dangerous," the coastguard was quoted as saying by Anadolu news agency late Friday.

This comes as The EU on Friday pleaded with migrants on the Turkish border to stop trying to cross into Greece but dangled the prospect of more aid for Ankara as a standoff between Greek riot police and refugees entered a second week.

Turkey agreed in 2016 to stop letting migrants leave in exchange for six billion euros – but Ankara says other parts of the EU deal including improved visa and trade rules were never fulfilled.