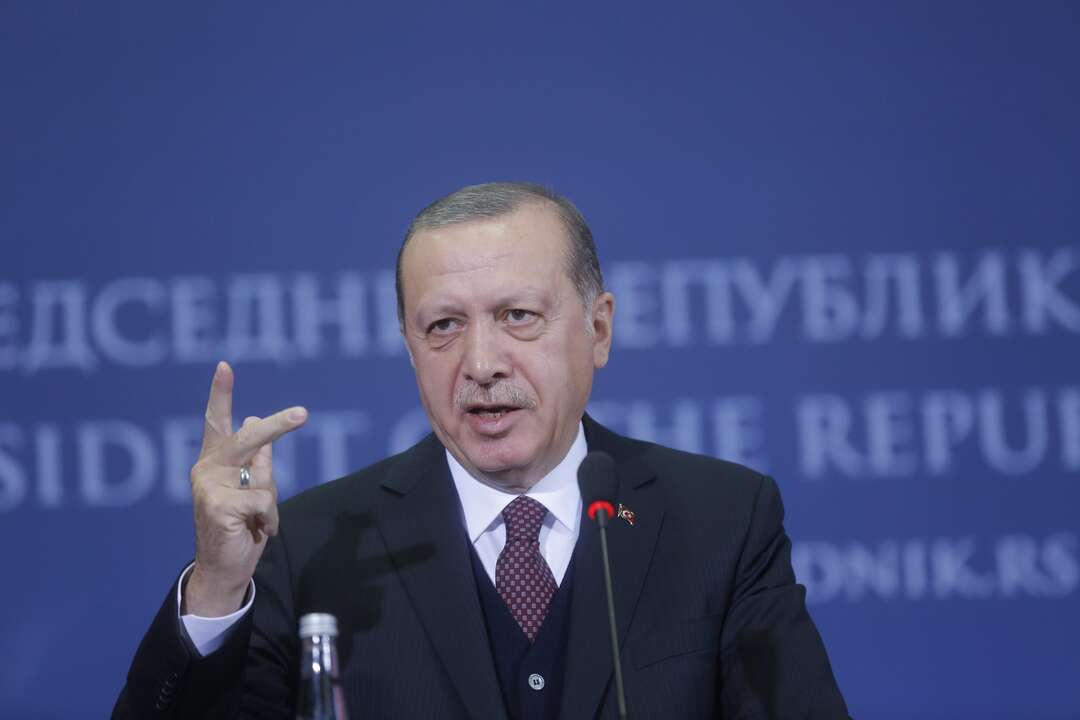 Turkish President Tayyip Erdogan defended his embattled interior minister on Wednesday against accusations of corruption from a mob boss, saying the allegations were an attack against Turkey.

A series of videos by convicted gang leader Sedat Peker has amassed tens of millions of views on YouTube. In them, he makes uncorroborated allegations regarding suspicious deaths, rape and drug dealing, and alleges links to officials close to Erdogan. read more

Interior Minister Suleyman Soylu has denied Peker's accusations directed at him. But the videos have prompted harsh criticism from opposition parties, threatening Erdogan's government and playing a role in pushing the lira currency to near a record low. read more

In his first public address of the issue, Erdogan said the allegations - some over events from decades ago - were part of a chain of attacks against the country.

"We stand with our interior minister in his battle with criminal gangs, as well as terrorist organisations," Erdogan told lawmakers from his AK Party (AKP) in parliament.

Turkey would bring criminals to justice, wherever they were, he added.

Erdogan's comments come after the main opposition Republican People's Party (CHP) and its ally, the Iyi Party, redoubled calls for an early election and for Soylu's resignation over the videos.

Erdogan said a general election would be held as scheduled in 2023.

Soylu has filed a criminal complaint against Peker and called for him to be charged with slander.

He also asked for his claims to be investigated and denied the accusations against himself in a three-hour televised interview on Monday. Critics say he has not properly addressed the allegations.

The lira slid 1% against the dollar on Tuesday to near an all-time low, as bankers said worries about an early election grew. Against the euro , it logged a new low on Tuesday, before stabilising on Wednesday.

Peker, 49, has served several jail sentences in Turkey and said he was now in Dubai. He has referred to Soylu as his "return ticket" to Turkey and called on him to resign "if you have a drop of dignity".

On Wednesday, Erdogan said the judiciary would investigate all allegations.

"No claim ... from the past will be left in the open, everything will be investigated by the judiciary, all the lies and accusations will be cleared," he said. "Nobody should doubt that Turkey is a democratic state of law."