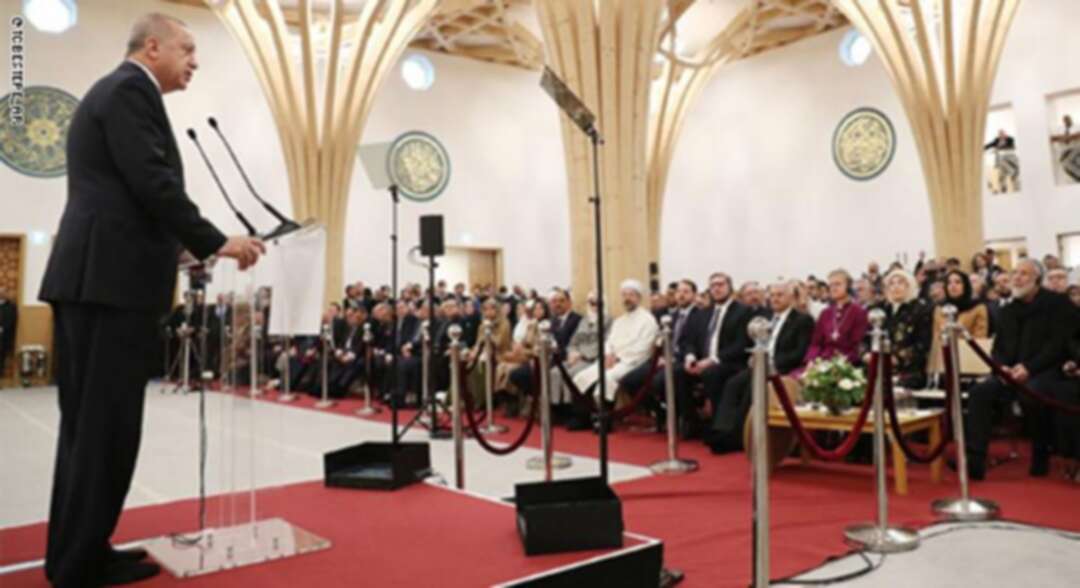 French newspaper "Le Figaro" criticized the efforts of Turkish President Erdogan to open a school to teach Turkish curricula in France, considering it one of the means of spreading extremism and terrorism in the country. The French newspaper highlighted that the Turkish curriculum education project in France that teaches "good jihad" and other topics that are incompatible with Republican values and raises widespread controversy in France.

The French newspaper highlighted that Erdogan does not hide his vision and ambition to restore the Ottoman Caliphate by spreading extremist ideas, especially in Western societies. This is through the exploitation strategy, and we explain it in the following:

German intelligence classifies the Tahrir party as believing in violence and pursuing its goals in Germany through violence. It assumes that the party is trying to attract new members by targeting Muslim communities by organizing social activities in addition to raising attractive issues. German intelligence considers "Abdullah Imam oglu" of Turkish origin, one of the most prominent leaders of this group in Germany.

The number of party members has doubled since 2016 and reached 250 people, most of them have Turkish citizenship and includes 35 members in Berlin, and the party was banned more than 17 years ago for violating the idea of international understanding and inciting violence to implement its political agenda, according to the Internal Intelligence, the Middle East. On February 3, 2020.

Heiko Maas, German Foreign Minister, said that "Turkey will not be able to establish three schools in Germany as planned, except by subjecting those schools to German law." He continued, "There will never be any space for teaching anything that contradicts our values," explaining that the dialogue with Turkey in this regard will become constructive when agreeing to implement censorship on the Turkish schools to be established.

Ditib has been under fire for years, according to Al-Hurra, on January 11, 2020, as it is suspected of being active in favor of the Turkish authority in Germany. After the failed coup attempt in Turkey in 2016, Ditib was also accused of spying on Erdogan's opponents in the Turkish community. Under pressure from Berlin, the union announced that in the future, it would train part of its imams in Germany instead of bringing them from Turkey.

Turkey continues to play a significant role in the lives of Muslim communities in Europe, especially in Germany through the so-called "Turkish Islamic Union for Religious Affairs," which is the largest Islamic organization in Germany, where it oversees 900 mosques out of 2,400 mosques in the country according to "BBC" March 25, 2019.

Imams at mosques affiliated with the Turkish Islamic Union deliver speeches in the Turkish language, and receive their salaries from the Turkish government. In 2018, the financial support received by the organization from the German government fell to only 300,000 euros, compared to 1.5 million euros in 2017, as a result of the uncertainties surrounding it, according to German radio.

According to DW, on December 16, 2019, the General Anzeiger newspaper says that the German Islamic Society (DMG) is a member of the Central Council of Muslims in Germany (ZMD). It is monitored by internal intelligence because of its links to the Muslim Brotherhood, and the council itself is not monitored by the intelligence services in North Rhine-Westphalia.

In April 2018, the Austrian government threatened to ban the activities of the Turkish Islamic Union for Cultural and Social Cooperation in Austria after holding a party in which children wore military uniforms and re-acted a battle that took place during World War I, sparked a public outcry in the country.

The exploitation of imams for political ends

Bart Somers, Vice minister-president of the Flemish Government and Flemish Minister for Living Together and Domestic Administration, noted that sending foreign imams to his country was "not desirable." In response to Turkey's preparations to send 600 imams to 38 countries, including Belgium, whose share will be 40 imams, during the year 2020. The Erdogan government has allocated about 2 billion dollars for this purpose.

The apparent goal of sending imams to Belgium is to bridge the shortage of imams in Belgium. But the Belgian media hinted that the purpose is to exploit religion in politics and that the Belgian security services had previously warned of Turkish attempts to polarize among Turkish communities living in Belgium, according to "The Middle East" on December 26, 2019.

according to Foreign Policy, In May 2019, Lorenzo Vidino, Director of the Program on Extremism at George Washington University's Centre for Cyber & Homeland Security, described Erdogan's efforts to expand the influence of the Muslim Brotherhood, especially in the West. He explained that today Turkey had become the largest supporter of the Muslim Brotherhood in Europe, as it provides more support than Qatar. Vidino classifies aid from the Conservative Turkish Industrialists and Businessmen Association, Turkish Airlines, and other institutions close to the Justice and Development Party in this category.

According to Al-Arab, On December 1, 2018, a German media report revealed that Turkish asylum seekers accused German employees of informing them of Turkish media, in a report, the ARD Network reported on Turkish refugees, and Turkish newspapers identified their residence in Germany and stigmatized them with terrorism.

"There are about 3 million people of Turkish origin in Germany," says the intelligence expert, "Erich Schmidt Enbom." This means that every informant can monitor 500 people. About 800 Turkish agents are working in Central Europe and 6 thousand people collecting intelligence information, noting that "Muhammed Taha Girgirli oglu” who previously worked as an advisor to Erdogan was arrested on charges of gathering intelligence information about the opposition factions residing in Germany.

Austria has announced the closure of 7 mosques in the country and the deportation of 60 imams who are said to be receiving financing from Turkey, noting that the decision was taken due to violations of the "Law of Islam" according to "Russia Today" on June 8, 2018. Sebastian Kurz, Prime Minister of Austria, said in press statements that The Religious Affairs Authority, in cooperation with the Ministry of the Interior, conducted a comprehensive inspection, and you must remember reports about children in military uniforms, external funding of imams, and other incorrect phenomena present in our country.

Dr. Riyad Al-Sidawi, director of the Arab Center for Political and Social Studies, told Radio Monte Carlo, "The training of children in military salutes and in glorifying the fighting is totally incompatible with the laws of Austria and with European laws. And these imams with their work became a threat to the value and legal system prevailing in the country. For this reason, it was natural for them to be expelled, especially since the matter is related to children, and it is a sacred matter in Austria and Europe in general.”

European countries fear the spread of influence established by the Turkish authorities, using mosques and political parties in Europe to mobilize and spy on opponents. Where Erdogan was able to transform the mosques into barracks to spy and eavesdrop on opponents whom he exiled and pursued wherever they were, and the mosques were transformed into platforms that were used secretly and openly by elements of the Turkish-backed Brotherhood abroad to penetrate European societies.

Erdogan publicly shows his vision and ambition about restoring the Ottoman Caliphate by spreading extremist ideas, especially in Western societies. Erdogan's endeavors to increase the number of educational institutions on European soil reflect his desire to implant educational institutions that spread extremism, especially as Turkish curricula include concepts and ideology of "Salafi jihadism," along with imposing his direct control over these educational institutions as one of the means of soft powers, and paves the way for schools to become centers of political mobilization in the dress of religious schools.

There is no difference between Erdogan's exploitation of the "refugees and foreign fighters" card and the exploitation of the Turkish community's card in Europe. Both are cards that Erdogan thinks will fulfill his ambitions to expand his influence, whether at the regional or international level. Therefore, the impact of Turkey on Muslim communities in Europe and control of the Turkish domination in mosques should be limited by introducing laws to run mosques, ensuring the training of imams working in Europe, and ensuring better integration of Muslims into European society.

The European Centre for Counterterrorism and Intelligence Studies