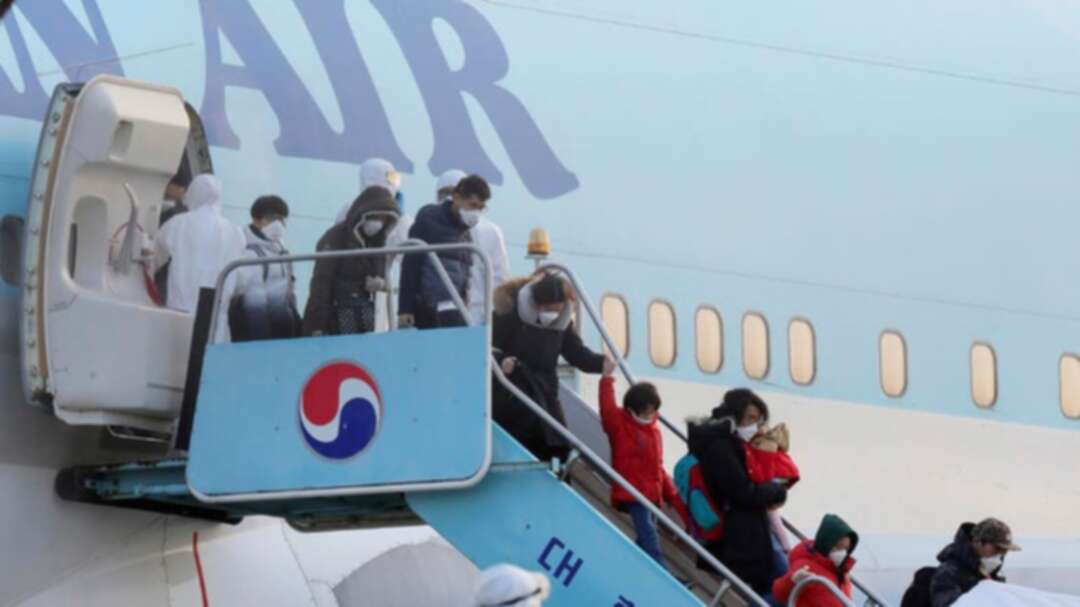 A total of 18 South Korean evacuees who arrived from the Chinese city of Wuhan have been hospitalized after showing symptoms, Seoul’s health authorities said Friday, as concerns mount about a wider outbreak of the SARS-like virus.

A chartered plane carrying a total of 368 South Korean citizens arrived in the South from Wuhan, where the virus is believed to have emerged from an animal and seafood market, on Friday morning.

Among them, 18 evacuees who are showing symptoms have been hospitalized at two medical facilities in Seoul, the country’s vice health minister Kim Gang-lip told reporters.

“The 350 people, who are asymptomatic ... will be staying at temporary facilities” located outside of Seoul for the next two weeks, he added.

“During the 14 days, residents won’t be allowed to leave the facility and any visits from outsiders will be banned completely.”

The announcement comes with concern growing in the South about the spread of the virus in the country, where 11 cases have been identified as of Friday afternoon.

Among the cases are three individuals who contracted the virus without traveling to China, according to Seoul’s health officials.

One of them is a man in his 50s who developed symptoms after dining with the South’s third confirmed patient at a restaurant in southern Seoul.

The South’s second flight is scheduled to leave for Wuhan to evacuate some 300 more Korean citizens in the coming days.

The Seoul government’s decision to quarantine the evacuees in Jincheon and Asan – two cities located some 85 kilometers south of Seoul, has met with fierce opposition from residents.

The country’s vice health minister Kim was physically attacked earlier this week by some of the protesters when he made a visit to Jincheon, ahead of the evacuees’ arrival.