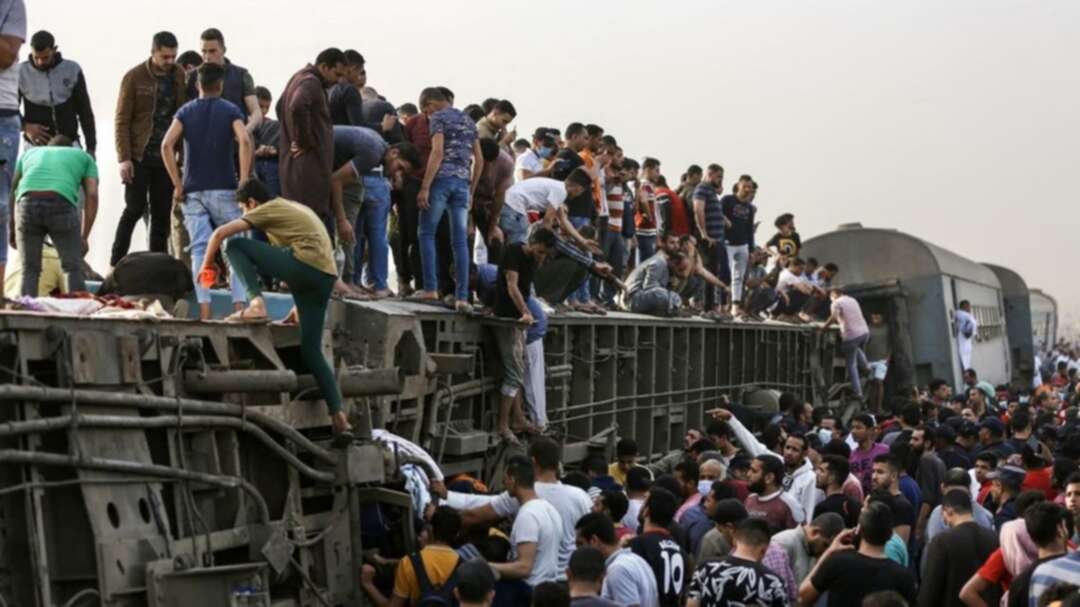 People climb an overturned train carriage as they gather at the scene of a railway accident in the city of Toukh in Egypt's central Nile Delta province of Qalyubiya on April 18, 2021. (AFP)

Egypt's public prosecutor office on Tuesday said that a train derailing north of Cairo on Sunday had left 23 people dead and 139 injured.

The train was heading from Cairo to the Nile Delta city of Mansoura when four carriages derailed at 1:54 p.m. (1154 GMT), about 40 kms (25 miles) north of the capital, Egyptian National Railways said.

Authorities had initially said that 11 people were killed and 98 injured.

The public prosecutor on Tuesday ordered the detention of 23 people, including the train driver and other railway workers and officials, the statement said.

The cause of the accident is unclear and prosecutors are investigating whether there was negligence involved.