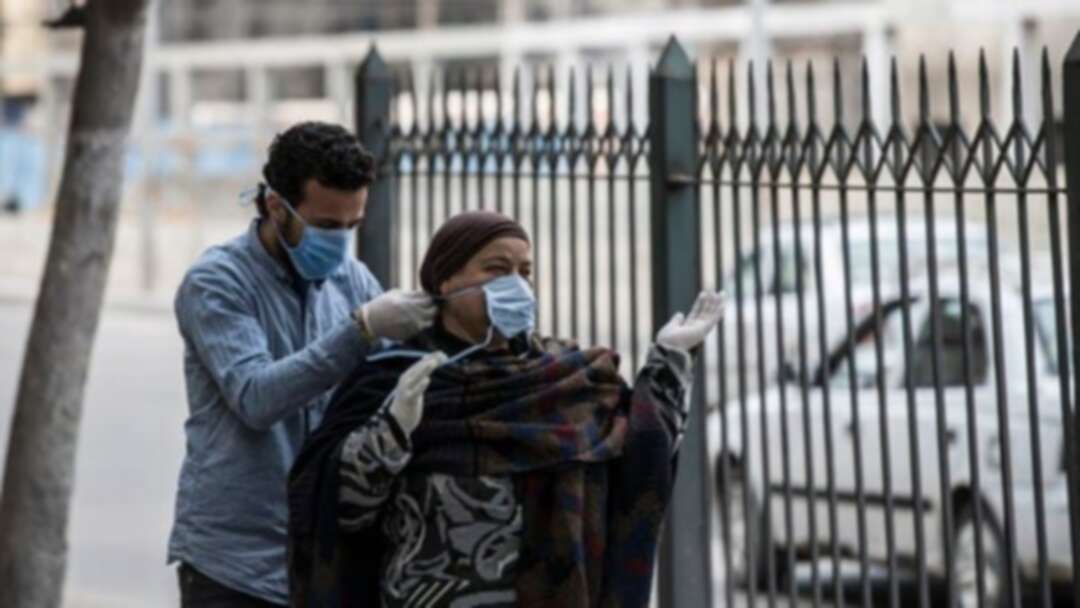 A volunteer (L) ties a mask onto an Egyptian woman in a street in the Egyptian capital Cairo on March 20, 2020. (AFP)

The ministry confirmed four new deaths from the flu-like disease, bringing the number of fatalities to 14.

In a related development, Egypt’s military said a senior officer died on Sunday following his infection from the coronavirus.

The military said in a statement that Major General Khaled Shaltout was infected while participating in sterilization which the military has been carrying out across the country.

The military said it has sterilized and disinfected public institutions and several squares in the capital, Cairo and other cities, to stem the spread of the coronavirus.

Military spokesman Tamer el-Refai posted footage on social media on Saturday showing military personal in protective gear and equipment while disinfecting the Tahrir square, the epicenter of the 2011 uprising, and the metro station there.

Shaltout was the highest official infected by the virus to date in Egypt, which has around 300 cases and 10 deaths. levant