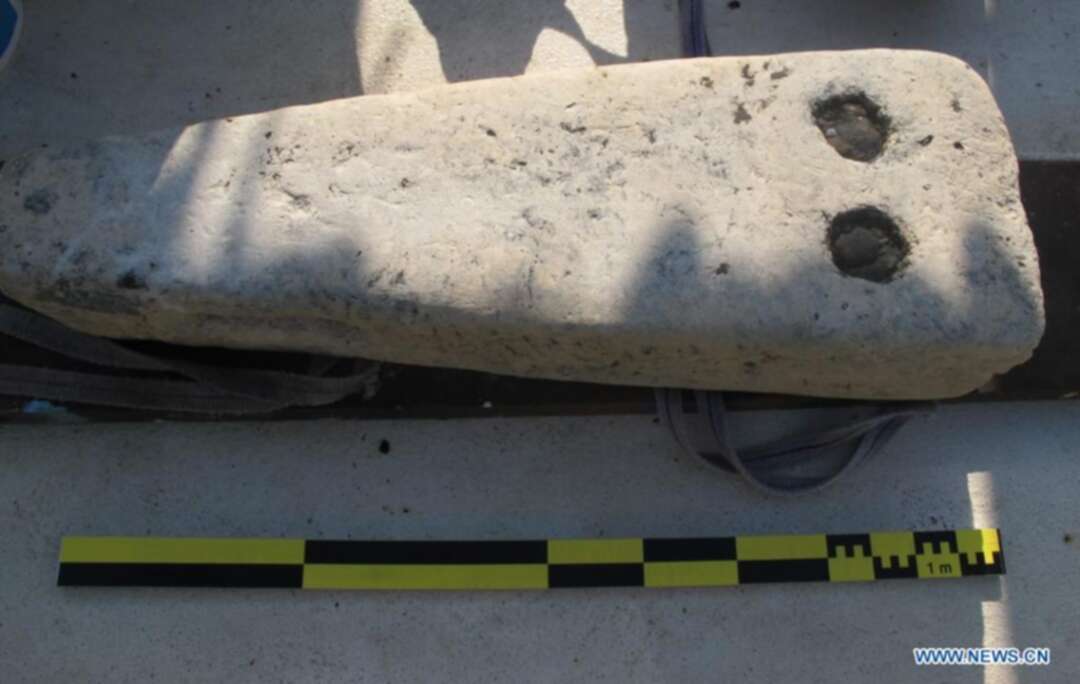 The Xinhuanet reported according to a statement by Egypt's Ministry of Tourism and Antiquities on Monday, the Egyptian-French underwater mission in the coastal city of Alexandria in Egypt has uncovered remains of a military vessel and a funerary complex.

Mostafa Waziri, secretary-general of the Supreme Council of Antiquities (SCA) said: "The Ptolemaic-era military ship was discovered in the submerged city of Thonis-Heracleion, which sunk as the famed Amun temple collapsed during a cataclysmic earthquake happened in the second century B.C.".

"When the earthquake happened, the ship was supposed to land in the canal along the south face of the temple and was covered by huge blocs of the falling temple," Waziri said, adding the temple blocks have kept the ship remains nailed down to the bottom of the deep canal.

Ayman Ashmawy, head of Egyptian Antiquities Sector at the Ministry of Tourism and Antiquities said: "The mission used a cutting-edge prototype sub-bottom profiler electronic equipment to detect the ship nearly five meters under hard clay mingled with vestiges of the temple."

The discovery proved significant in that the finds of fast ships of that era remain extremely rare, especially when the Hellenistic ships of this type were completely unknown before this discovery, said Ashmawy.

The longboat was flat-bottomed and had a flat keel, which constitutes quite advantageous features for the navigation on the Nile and within the Delta, according to Fahmy.

Some typical ancient Egyptian shipbuilding features, together with the evidence for wood reuse, indicate that the ship was built in Egypt, he added.

In another part of the Heracleion city, remains of a large Greek funerary area that dated back to the 4th century B.C. were discovered alongside the north-east entrance canal, Fahmy said.

"The discovery proved the presence of the Greek merchants in Heracleion. They controlled the entrance to Egypt at the mouth of the Canopic branch of the Nile," he said, adding that these merchants were allowed to live in Heracleion during the late Pharaonic dynasties and built their own sanctuaries close to the Amun temple.

According to the ministry statement, Heracleion used to be the largest port of Egypt on the Mediterranean Sea for many centuries before the foundation of Alexandria in 331 B.C. by Alexander the Great.