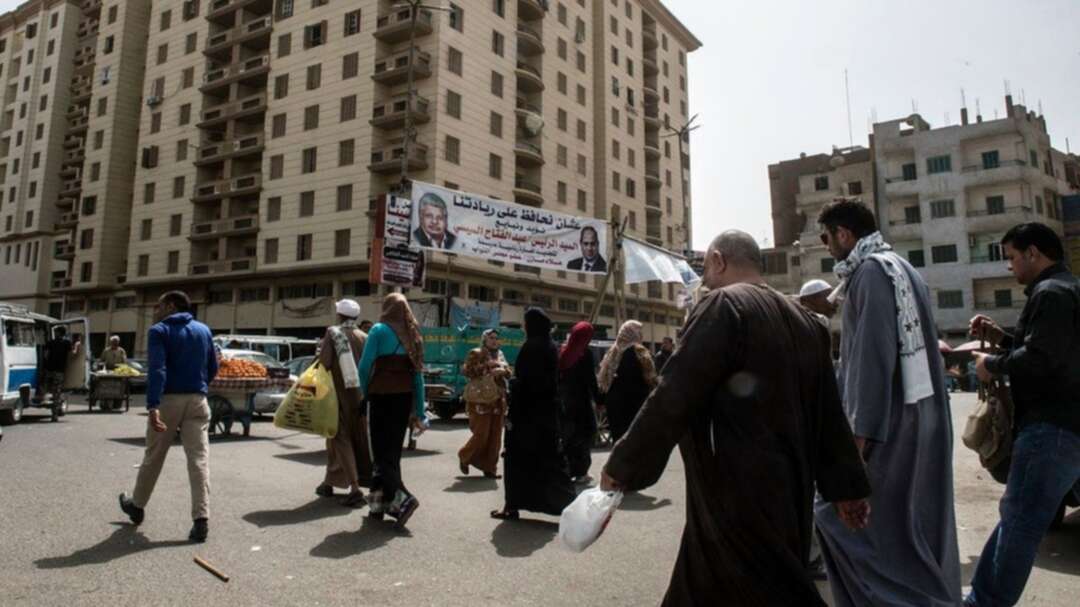 A picture taken on March 20, 2018 shows a poster supporting Egyptian President Abdel Fattah al-Sisi hanging in a street in the city of Sohag, south of the capital Cairo. (File photo: AFP)

Egypt’s health ministry said on Friday it had sent reinforcements and equipment to a province south of Cairo over the past week, after medical staff complained of a shortage of resources to cope with a surge in coronavirus cases.

The reported rise of infections in Sohag province, nearly 400 km (250 miles) from the capital, has raised concern about a third wave of COVID-19 infections in Egypt, where most restrictions on movement and other precautions were lifted after a first wave last summer.

Deployments to Sohag include teams to conduct home visits and supplies of oxygen and ventilators, while hospitals have expanded admission capacities, a ministry statement said.The statement followed complaints on social media alleging dire shortcomings in public health services and access to treatment amid a rapid rise in COVID-19 infections in the area, including critical cases and deaths. The ministry denied the claims.

Earlier this week, the head of Sohag’s doctors’ syndicate, Mahmoud Fahmy Mansour, called on authorities to respond to an “abnormal increase” in coronavirus cases in Sohag among both doctors and patients and a rapid deterioration of the situation.

“Over 48 or 72 hours, we lost five doctors,” Mansour said in a TV interview, partially attributing the increase to citizens’ failure to abide by precautionary measures. He has also said there was a lack of medical supplies.

One doctor at a public hospital in Sohag told Reuters the medical situation worsened around 10 to 15 days ago but improved with the ministry’s recent intervention.

“(Medical resources) in provinces of Upper (southern) Egypt are generally less than other provinces, but I see that there is an improvement that is noticeable to a certain extent,” said the doctor, who asked not to be named.

As of Thursday, Egypt had recorded 219,774 confirmed coronavirus cases and 12,914 deaths. Infections have risen in recent weeks around the start of the Muslim holy month of Ramadan.

Experts say official numbers reflect only a fraction of real cases, since the level of PCR testing in Egypt has been relatively low and private tests are not included in government statistics.